That my brother-in-law Oscar “Zeta” Acosta and Hunter S. Thompson found each other was no coincidence—they had so much in common. In fact, they could have been twin brothers from different fathers. Both were driven by a lifelong obsession to repay society for their rejection as young men. Hunter was shunned by the wealthy in Kentucky; Oscar by the legal profession and eventually the Chicano community. Hunter emulated F. Scott Fitzgerald and thought of himself as Gatsby. Oscar imagined himself a revolutionary and playboy, but obsessed about his obesity, as he acknowledged in The Autobiography of a Brown Buffalo and The Revolt of the Cockroach People.

Although Oscar fantasized about becoming the Chicano Clarence Darrow, he was a mediocre legal thinker and did not have the necessary discipline. Few people know that during his rise as advocate for the Chicano movement, he had a number of prominent attorneys ghost-write his legal briefs. They were happy to lend their talents to a cause in which they believed, without having to put their names on documents that might compromise their private practices. From a distance, they could take vicarious pleasure watching Oscar tell judges to get fucked, and the notoriety he gained giving the finger to opposition lawyers.

Both were masters of exaggeration and self-indulgence. Hunter got close to the Hells Angels and, much to their chagrin, told people he was an official member; Oscar surrounded himself with vatos locos, but they never considered him a member of their gangs. Like Hunter Thompson, Oscar sent for the same mail-order doctorate in ministry certificate so he could be addressed as “Doctor Gonzo.”

Both were insomniacs and preferred the shadows of night to write or party, or both. They emulated each other and created a symbiotic relationship that fed off their mutually destructive tendencies. They may have been brilliant writers, but their work came at the expense of the audience. Obsessed with being the center of attention, they created drug-induced drama deliberately, anywhere they went. Both were cruel to their friends and loved ones and showed only occasional flashes of generosity. Neither was known to say I’m sorry or to admit to mistakes.

Oscar would rent or lease cars with an initial cash deposit, then abandon them when the heat got too close. Because he had no credit cards and collected no salary, there was nothing creditors could garnish. At one point, he gave my sister a Shelby Cobra for her birthday, then simply moved his residence when the repossession order came. Since they never seemed to have any money, Oscar lived, like Hunter, off the generosity of his admirers and benefactors. To the many who got burned, both seemed like sociopaths.

The Chicano movement gave Oscar the opportunity to find the notoriety he so desperately sought. But when he first arrived in East Los Angeles, no one knew who he was. My sister Socorro was a paralegal and well connected with prominent attorneys and community organizers. She introduced Oscar to the leaders of the Chicano movement, including the Brown Berets, who later became his bodyguards. Oscar immediately latched on to Socorro and became obsessed with her.

It was then that he adopted the fuck-the-motherfucking world attitude and became a drug-crazed vato loco. As part of his new nom de guerre, he added “Zeta” as a middle name to mimic Hunter’s “S.” Years later, Hunter would return the favor and mimic Oscar by running for sheriff in Colorado, as Oscar had done in Los Angeles.

Oscar took on the defense of the “Chicano 13” following the East Los Angeles high school walkouts in 1968 because no one else in the legal community would touch the case. Perhaps by dark coincidence, the Manson trial was taking place at the same court building as the Chicano 13 hearings. It was not long before Oscar was drawn to the Manson women and, to my sister’s distress, would vanish for days into the canyons with the Manson clan.

Such disappearances were not uncommon. During one of their many break-ups, Oscar went missing for several weeks, then called my sister to rescue him. She got in touch with me at the San Francisco law firm where I was clerking and begged me to accompany her. We found him in a sleazy shooting gallery in the Mission, binging on drugs. We dragged him into the backseat of the car almost unconscious. Noticing the needle tracks on his arms, my sister asked what he’d been doing. He told us he had been shooting “speed balls,” a potentially lethal combination of heroin and cocaine.

I met Hunter a few times at my sister’s house in Mount Washington when he and Oscar were working on Fear and Loathing in Las Vegas, and again when Oscar wrote his books. When Oscar and Hunter worked together, my sister meticulously typed the manuscripts on the IBM Selectric typewriters they both favored. As Oscar’s live-in paralegal, she also did his legal research and helped prepare and type his briefs and motions. Oscar always claimed Hunter stole his best ideas and vice versa.

If the writing went well, Hunter and Oscar worshipped the typewriters—like pagan goddesses. If not, there was hell to pay. Typewriters were thrown through windows, stomped, or battered into pieces. Periodically, one had to be sacrificed to appease the great writer in the sky. Such an event would be approached with a great deal of ceremony and preparation, sometimes in a wild drug bacchanalia in which everyone was invited to participate. It culminated with an explosion or a firing squad. Perhaps that’s why both kept such variety, as with women. Like Hunter, Oscar believed he had the right to sleep with anyone, but went into a rage if “his” woman even appeared to flirt. That was the source of the violence that characterized his relationship with my sister. She adored Oscar, no matter the transgression.

In Autobiography of a Brown Buffalo, Oscar dates the book “Ziquitaro, Michoacan, Mexico—May, 1972,” citing the rustic village at the base of beautiful rolling hills where my sister and I were born. On the last page of The Revolt Of The Cockroach People, he writes: “When the Brown Buffalo left LA and headed for Frisco Bay in the Spring of ’72, he had no way of knowing that the Feds from the Treasury would be waiting for him to cross the border. He did not know that he’d meet up with Jesus again, either. Or that he’d go on to Ziquitaro and marry a Tarascan princess ….”

That Tarascan princess was my sister Socorro.

My sister and Oscar were married three times and twice divorced. The first time he followed Socorro to Mexico City, where our parents had sent her to get her away from him. Oscar saw himself as a liberator of women, not because he believed they should make their own choices but because he wanted to possess them all. He followed my sister to Mexico City and took her to Acapulco, where they married in secret. This did not sit well with our family, but we accepted my sister’s decision and tried to live with the marriage as best we could.

The second time, which both called their “official church wedding,” my sister and Oscar were married at the Church of the Epiphany in Lincoln Heights. At their insistence, we all wore traditional Mexican outfits, and the ceremony was performed by a local priest active in the Chicano community. The Brown Berets served as ushers, and I gave my sister away because our parents refused to participate.

For me, any hope of a good relationship with Oscar changed the day my sister called and asked me to get to her place as quickly as possible. I raced to their apartment in Silverlake. Oscar had beaten her so badly that her face was swollen. Furniture was strewn across the floor, and a closet door was hanging from one hinge. Her neck was marked by a purplish ring of bruises where he had choked her.

“I thought he was going to kill me,” she sobbed, but still refused to call the police because she feared Oscar’s arrest would jeopardize the pending Chicano 13 trial.

At that time, I was licensed to carry and had a .38 Police Special, which had been given to me as a birthday present by a Compton police sergeant. Since my sister refused to call the police, I told her I would stay until we found a safe place for her to go. I also told her that if Oscar showed up at the apartment, I would shoot the son-of-a-bitch. Oscar could be a bully, but he had a gang mentality. He was at his best with a mob of thugs.

Halfway through a mutually desired pregnancy, Socorro suffered a miscarriage. The attending physician thought it was a consequence of Oscar’s use of drugs. At Oscar’s insistence, the fetus was placed in a jar filled with tequila and displayed in their home on the mantle above the fireplace.

Oscar also painted a monolith on a large canvas, meant to depict the lost child as an Aztec god. I hated the painting, but it always found its way to the living room in every place they lived.

Oscar prevailed upon my sister to take him to Ziquitaro so they could be married for a third and final time. To the east stands a mythical mountain that towers over the village in the form of a metate, a three-legged implement made from volcanic rock. Along an oak-covered ridge that extends out of the mountain overlooking the expansive valley below, my great-grandfather built the first hacienda in the area. Thus, our name is tied to the village since its foundation. The Campos family has been respected for generations for leading the struggle that restored the campesinos’ land and dignity at the turn of the century. Father Hidalgo, the Catholic priest who led the revolution of independence against Spain in 1820, rested his forces in the village, and Ziquitaro became a refuge for rebel troops during the Mexican Revolution of 1910.

My sister took Oscar to the ancient family hacienda and, in a drug-fueled frenzy, he had his epiphany. To celebrate the occasion, he painted graffiti on the walls of our ancestral home. When our relatives discovered the desecration, they gave Oscar twenty-four hours to leave the village. Oscar wrote and embellished the moment, but my sister lived in shame afterward and never returned to the village.

By the early 1970s, Oscar had grown weary. He looked south at the growing guerrilla movements in Latin America and decided—he would run guns to Mexico and exchange them for drugs to be sold back in the U.S. Oscar’s venture took him to Mazatlan in 1974. He called my sister to say he had pulled off the deal with local narcos and secured passage on a boat to Long Beach. Neither he nor the boat ever arrived.

There are several stories concerning Oscar’s disappearance. One is that his boat was intercepted and sunk by one of several potential governmental agencies.

My sister and I believe the drugs-for-weapons deal went bad. Alone in Mazatlan, speaking very little Spanish, Oscar was an easy target. The narcos most likely ended up with the weapons, the money, and the drugs.

No one traced his disappearance.

Jorge C. Aguiñiga is the author of "Villages of Mourning" (Page Publishing). 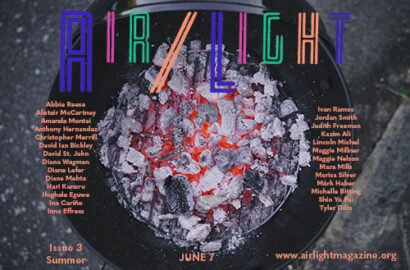 Ring Out The Old, Ring In The New 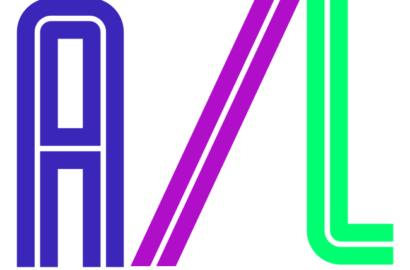