A rainy gray day today, but everything is green. The war I’m in is between a nap and another mouse. I’m so tired, and my neck hurts again. The hardest part with mice are the tails. I can’t make a long skinny tail. Or really any tails at all. So they aren’t exactly mice, but there’s mouse in there somewhere. Or maybe just blame the farmer’s wife. Also made another little white dinosaur although I didn’t mean to, two frogs, a tiny face, and an animal that might be an anteater. And as for tails, what about moles? Impossibly short. Talk about an afterthought.

My sister Judy used to collect pigs and it was her birthday last month so I made her a pig. It was hard to keep the snout from collapsing but once I got the hang of it, I made pig after pig after pig. Big ones, little ones, god it was fun. Even now, I find myself looking for the snout in a nice big handful of wet clay.

Every day I listen for crows, but not a one since I cawed at them on Monday. That’s five days with no crows. Last night in bed, my heart went crazy again, like a racquetball court in my chest. I wondered what would happen to all these faces if I died. When I die, there’s no if. Here’s a wish: When I die, and when my family have taken everything they want, there will be things left over. I want them to invite my students and my friends to the house and let them take whatever they might want. I need to put that in my will or a letter or something. There is so much stuff I love. I want it to find a home.

On a whim, I painted my dinosaur purple. It suits her.

Dogs woke at five; I let them out and lay down on the sofa to go back to sleep. Dogs came in. Sadie sat on the back of my chair and growled out the window. I was curious to see what had provoked an actual growl, but not curious enough to get up. I’ve been so terribly tired.

Catherine has the virus. She sounds miserable, poor thing. I had to tell my old school friend who was planning to come and stay for a few days, and she wisely is changing her plans. Which was partly a relief because I kept worrying that she might want to eat three meals a day and talk and I don’t do those things plus one look in my icebox and she’d have been out the door. I don’t think we have seen each other for forty years.

I made a funny sort of baby chicken face, another man with a sense of humor, a different man who is pissed. Like the one the other day. Why are they pissed? Are they Republicans? They look kind of dumb. It got gray and rainy and the dogs and I took a long nap. My watch said five-thirty when I woke up and at first, I didn’t know whether it was the next morning or today’s night because the light is the same in spring.

Forgot tomorrow is garbage day. I had to ask Sarah for help because it was too heavy for me to budge. She obliged graciously. Thank god I remembered before it got dark.

My friend lives in Alaska and makes her own dog food. She has also written books and been a high school principal but nothing compares to those first two details.

It felt like Saturday all day. I made so many frogs; I’m calling them frogs, but they could be something else I don’t know about. In the late afternoon, it rained hard. It’s bedtime now and I can’t wait for morning to see if they are dry enough to paint, as well as that funny boy I made with the pointy nose. And the alligator, which when I looked at him just now, I realized the head was in the wrong place; the head was where the tail had been, so I made a few adjustments, now it’s a pretty perfect alligator. Oh god! It was a day full. This new gray clay, I could swear it was a muscle.

I remembered that the last time we saw each other, my high school friend and I, we were eating somewhere in the village—West 4th Street?—at a table outdoors and the waiter was inattentive to say the least and finally, after we had waited an hour for the check, we just up and left. I believe the term is we tennis-shoed on out of there. We started slow and nonchalant, but the farther away we got, the faster we ran. What a funny instinct. We were very proud of ourselves.

Ate the chicken soup for breakfast. Eating watermelon for supper.

Had my blood work done, almost didn’t go but did. Finally!

Man, that was fast. Dr. Sheran called and left a message to call him about the blood work. Turns out I have kidney disease. Who knew? He gave me the name of a kidney doctor he wants me to see. When I called, it turns out she’s booked until September, three months from now, so I made an appointment with another doctor for August. Then I was worried that I’d fall into the needs-a-transplant list and called Dr. Sheran; he said two months was okay. It has taken a while to absorb the news. There were a few hours when it scared me, but I got over it. At eighty I ought to have something going wrong. My GRF is 35, which means I’m halfway to severe, as far as I can tell. No idea what kidney disease entails but I’m not googling it. That way lies disaster.

Made a sort of bird’s head with a very long beak. It looks like a pair of scissors.

Wasn’t going to tell the kids but told Catherine who was very glad I wasn’t hiding anything from her. Didn’t tell Jen or Sarah or Ralph yet. It needs to come up in conversation, although hard to see how. Nobody needs to worry. I’m not worrying.

Sam called, nice to talk to him. Wondered about his mother’s car, but it’s gone to Joe. Made a couple of those objects with my thumbs. Drying nicely.

I finally figured out how to make people’s ears. You just do it. Pinch. But it’s tricky. For some reason, the left ear works fine but the right ear doesn’t look anything like its mate or even an ear, so it takes a while. It’s worth the trouble because who knew ears had such personality? Seven new faces that are just an excuse to make ears. Some of them look so surprised! “Look! Ears!” they seem to say. 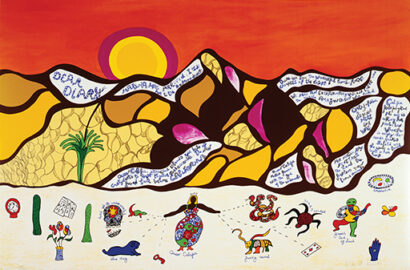 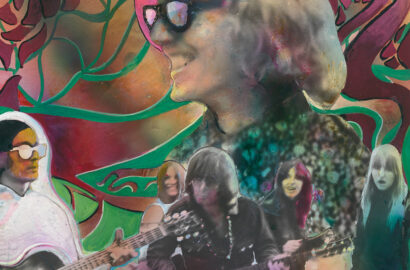