How could I remember a man I barely knew who ate a few mayflies just to see what all the fuss was about, and have zero memory of a cod fisherman my sister remembers and says I knew him, too? You’d think a cod fisherman would loom large in my memory but no such luck. Apparently, all you have to do is eat a few mayflies. I have decided not to get upset at all the obviously large moments that have vanished from my past. I can still count backwards from one hundred by sevens and get my clothes on properly and enjoy my own company. I’m at home with myself.

I admit to a bit of a turn the other night when I realized as my eye went easy over things I love in the room where I sit,  that one day this will all be stripped from the walls and dispersed, because I will be dead and the house will belong to somebody else, and their stuff will go up on the walls, and fill these rooms. I did feel a bit odd, as if everything I love was suddenly at an unfamiliar angle, but I got over it. Eighty will do that for you. And over there is the candied apple red urn Chuck gave me years ago, telling me the saleslady had assured him my ashes would fit nicely. Having decided that’s where I’ll be, I can gaze across the room at my final dwelling, and from time to time, depending on the news, look forward to it.

Chuck would have loved knowing this. What would he have said about all these faces? They started after he died. That’s when Catherine gave me the clay. Did I say that already? Well, I’m saying it now.

Fried up chicken thighs and shallots with some weird mushroom that looked like a page of music. Got to go back to Sunflower and find out what its name is. The word blueberry stays in my head, but that’s not it.

Today I made a child with a protruding upper lip, a dog with a ball between its paws, and a mouse. I used the Das clay, a color called Stone. Ordered two more slabs before I saw the way the child is drying. Is it supposed to dry all mottled in different shades of gray? The child’s face is like that, as is the dog, but the mouse is a nice shiny gray. What’s up with that?

It’s time for bed but I feel as if I’m forgetting something. Then I remind myself tomorrow I won’t remember what I forgot. Ha ha.

This morning a hippo head showed up out of nowhere, all the soft knobby details, but I couldn’t make the rest of the beast so I didn’t save him and I should have, I could have made a little pedestal for it the way I did the cockatoo. Then what appeared was an angry man, god knows what his problem is, and another animal that could be anything, but is mostly sheep. And a large creature holding what is probably her baby but might be an egg. I made her out of the white clay, so soft and squashy, but it dries before you’re done and the edges get wrinkly so you have to work fast. She is sitting, but she has a long back, leaning over what is in her arms.

Then I tried to make a base for the angel but it didn’t work out.

I am only really happy when my hands are covered in slurry and something is getting discovered or finished, or in the middle of being made. Maybe happy is the wrong word.

Another mouse. Dinosaur still unpainted. It’s like she’s sitting around in her underwear. 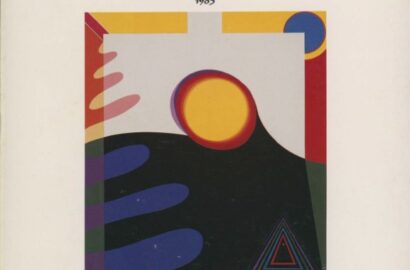 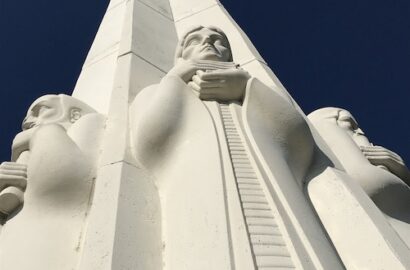