The other evening, driving west toward Santa Monica on Pico Boulevard, I was struck by a wave of sadness. I was in West Los Angeles, passing a sushi joint where I’d once liked to eat, N95 in my pocket, on my way to an event. Suddenly, all I could think about was loss. Don’t get me wrong: I’ve had it pretty good during the pandemic. I’ve worked online and stayed healthy for the most part. Even when I contracted COVID, early in the summer, its effects were mild—no fever, not much congestion, just a day or so of headache and a cough and runny nose. This, of course, has to do with the vaccines, which are miraculous, although that no longer feels like a victory to me. Instead, behind the wheel, I couldn’t help but think of all the things that have been upended, and not only in regard to the virus. Abortion rights, faith in our elections, a sense of common values and goodwill … all of this has broken into pieces, and I don’t see a way for us to put it together again.

Humpty Dumpty sat on a wall, Humpy Dumpty had a great fall—this is how I feel almost every day.

I don’t want to say that art will save us because I don’t believe anything can save us. We are mortal beings and we are here to go. This—the existential conundrum—is part of my sadness, too. And yet, during the days and nights of my COVID convalescence, when I wasn’t sleeping what I did was read. Partly, this had to do with being in isolation. Partly, it had to do with time. As I lay, alone, in bed, with books and screens on the side table, I felt immersed in a delicious drifting: the drift of a narrative as it finds its level, the drift of a sentence as it ripples across my eyes. I felt … enlarged is not the word I want, so perhaps connected? For a moment only—which is all we have—I was reminded of literature not as an engine of empathy (although it is that also), but rather as a mechanism of radical intimacy, in which writers and readers together drop our guards, and in so doing are revealed.

Some of what I read you’ll encounter in this issue: stories and poems and diaries, essays and arguments. That, I remain convinced, is what a magazine can offer, to bring into one place an array of voices and give them room to be in conversation. This is what our public life is lacking, this openness and space. I’m not naïve enough to think writing can lead us back to one another, except in pieces. But maybe, for a moment anyway, pieces are enough?

The Ship on the Horizon 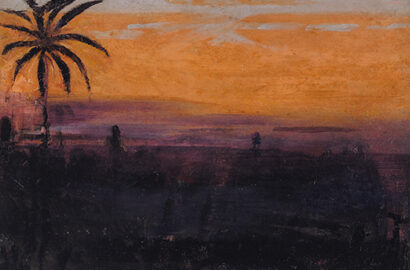 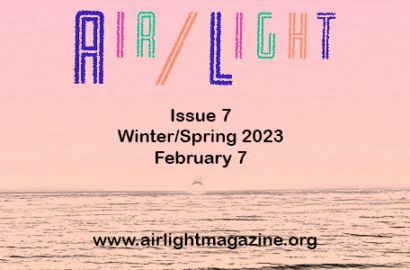