It’s like the mountains, Chris said
about the open field. It was flat like a track—
had been a city airport—
and when you ran, you could always see
how far you had to go. There weren’t many trees
and it was late for leaves, but there were birds.
The hooded crows were new to me—
hooded, I guess, for the black
that covered their heads, but it was the gray
down their bellies and their backs that was distinct.
They hopped around the baseball diamond, near first base.
Darkly, I had joked about the barbed wire curling
along the top of a nearby wall. But there actually was a camp here.
Forced labor for Lufthansa. Eleven were killed
in a Pittsburgh synagogue the morning we flew out—
the sanctuary where I might have prayed with Zev.
(I told him once I hated him. Stayed with him
for two more months.) All around Berlin,
there was considered signage about history.
I stopped under the banner for the home team—
Berlin Braves. Stern face
with familiar war-paint, feathers.
The boys on skateboards held surf-kites and sailed
down the former runway, toward the fenced-off section
where refugees were housed
in modular containers—a “container village”
is what I’d heard it called. Or they landed jumps
off granite slabs repurposed for the designated skatepark.
Beyond the fence, what looked like circus tents.
It was warm for November and women my age
draped overcoats over their strollers. Everywhere,
people whose judgment I trusted
were having kids. My oldest sister
had two little girls—sometimes slipped
and called them by my name.
I watched Chris up ahead—
now turning, now waiting, jogging in place.
I wished Mom could have met him. I held my arms out wide
in recognition. We were only in Berlin
these two gray months and wouldn’t see
the light come back. We were having trouble
waking up, but we were trying to run
every day, to adjust.

The other memorial at the entrance
to Weißensee Cemetery
is for 12,000 Berlin Jews who fought
in the First World War and died.
Inside, most of the stones are simple tablets.
Some rest on tree stumps also carved of stone,
like music on a music stand. Some have fallen off.
Some bourgeois families built impressive tombs.
A few large stones with family names have spaces
for family never buried here as planned.
On others, names are scratched in
with the death date and the camp—
someone returned. And there’s a whole field
of urns. Early on, camp administrators
sent ashes back to families, for a price.
There were so many Jews before.
You feel their multitude in the cemetery’s size—
so enormous that a few
who fled their homes and hid
on its vast grounds all through the war
managed to survive.

Rachel Mannheimer was born and raised in Anchorage, Alaska, and lives in New Haven, Connecticut, where she works as a book scout and as a senior editor for The Yale Review. Her first book, "Earth Room," will be published by Changes in 2022. 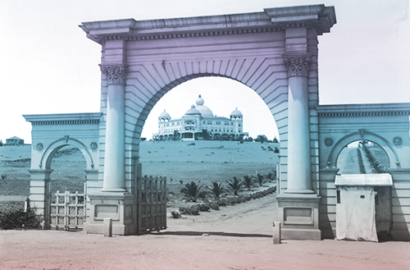 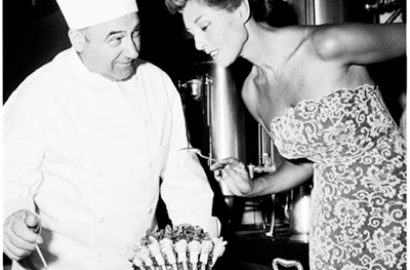