Translated from the Spanish by Ilan Stavans

Five years ago, when I was being shown the apartment where I now live with my family, the agent reached the last room at the end of the hallway, approached the window, and apologized. On the other side of the avenue there was—is—an immense and incomplete construction. That summer day in 2015, one could see, in the middle of an empty lot full of holes and tunnels and giant mounds of soil, the unfinished skeletons of a pair of half-assembled buildings. It was enough to make out, if not the details, at least the scope of the project’s dizzying ambition. It was ten in the morning and hundreds of construction workers scurried among the enormous machines.

“It’s loud, I’m not going to lie to you,” the woman said with an uncomfortable smile. “But someday they’ll finish.”

The truth is I wasn’t bothered. I’d left New York in 2002 and had always wanted to come back. I thought of my younger son, just two years old. He’ll be a New Yorker, I thought, one of those who measure their age by the size of the buildings that spring up around them. I imagined he’d spend hours looking out at the cranes from his window, the trucks, the construction workers moving amid the chaos, and that it would be a privilege for him to grow up in this forest of steel and cement and then be able to say, as a grown-up, that he remembered when none of this existed. This, in the end, is what it means to belong to a place: to carry its history with you always, intuitively. I always wanted to be a New Yorker; at times, not being one has felt like a personal defeat. I thought: my son will be a New Yorker without even giving it a second thought.

He’s six years old now, with only vague memories of having lived anywhere else, and he doesn’t even notice the details of the city that felt so special to me when I moved here in 1995. Like a true resident of Manhattan, he thinks that all cities are islands. His favorite breakfast is a bagel with lox. He knows uptown from downtown. He has favorites among the many bridges that connect the boroughs to each other and to the world. When we share the elevator with neighbors, my son, polite and well-behaved, asks which is their stop—not which is their floor—as if he were a conductor on a subway train.

And on more than a few occasions, I’ve found him looking out the window, basking in the sun while contemplating the massive construction and its constant movement. In four years, four buildings have appeared, open to the public now, and there are three more in progress. They don’t stop building. They never stop. That’s New York, I used to tell my son proudly, when we’d look out the window together in wonder as the construction workers prepared for another day of work under a merciless rain or heavy snow. It doesn’t matter how cold it is, I’d say. The winds blowing furiously from the river can’t stop them. Nor the oppressive heat of summer. They never stop. Never.

Until last month, of course, when everything stopped.

I spent my first few years here in a kind of invented nostalgia, tormented by the idea that the truest version of New York had existed five, ten, or twenty years before I arrived. I walked a lot, wanting to see every street, each building, and each neighborhood and record the details, to talk to everyone I found on the way and collect their stories; sometimes I’d take the subway to the last stop, as if I needed to confirm that the city actually ended. I have a collection of memories of those early years I wouldn’t dare share with anyone. Not because they’re compromising or scandalous but because they are precisely the opposite. They’re ordinary: first loves and broken hearts, small successes and defeats that somehow felt enormous. I remember readings and concerts and works of art that transformed me, but not more than my friends’ smiles, which gave me life. I came to New York at eighteen, immature, insecure, curious, long-haired. I shaved my head a few weeks after arriving, thinking I might look less out of place that way. The memories I have of those years are those of any adolescent who comes to a strange new place and tries to invent a version of himself he doesn’t hate. I’m so moved by these ordinary memories that I’m ashamed to present them as special.

Maybe the only thing special about them is their background—New York. I realize now I arrived in a moment of transition: Rudy Giuliani was mayor and police violence was on the rise, along with an economic expansion that erased entire communities. I came to the city before 9/11, when we were all less afraid, or perhaps when we understood fear differently. Little by little I came to realize I hadn’t arrived late, but right on time, that we all arrive right on time to this place; the city that never stops changing always makes space for the new arrival who wants to become someone else. I fell in love with the city, a love with precise points on the map and on the calendar. Astor Place, November 17, 1995. The West End, March 9, 1997. Yankee Stadium, June 4, 2001. Now that the pandemic has cut history in half, I think a lot about the version of New York we might find on the other side, how it will transform the geography of my memory. To think of an after that isn’t devastating requires a great deal of imagination, perhaps more than I have, and I want to protect my memories at all costs, though I know it’s impossible.

Before all this, I used to look out my window in the morning and watch the passersby on their way to the subway. I’d note how they were dressed in order to decide what I needed to wear or how to dress my youngest son. With or without boots. With or without a raincoat. With or without a scarf. Even for something so basic, I relied on my neighbors. Now that I see hardly anyone out the window, I don’t know what to wear. It hardly matters, I suppose, because I don’t have anywhere to go.

New York without New Yorkers makes no sense. It’s late April now and we’ve become accustomed to the sirens. More than once, on the short walks I take with my dog, I’ve come across an ambulance parked in front of a building, just in time to see first responders dressed like astronauts rush in to pick up a sick neighbor. Faced with a scene like this, it’s normal to wonder if the patient will come home someday or die alone in a crowded, overwhelmed hospital. It’s normal to ask these questions, just as it’s normal to weep from anger and helplessness.

More was lost in the war.

I liked that phrase a lot when I was a child, although it took me years to understand. My mother often used it to minimize or dismiss a childhood grievance. For example, if I said I wanted some toy all my American friends had, my mother, always calm, would swat away my complaints with a simple “more was lost in the war.” It was brutal and bulletproof, no way around it. It was years before I finally dared to ask her what I always wondered: which war?

Any war, she said. All of them.

Despite what was happening in Peru, where I was born, war for me was something exotic, distant. I grew up in a peaceful suburb of a peaceful city in the American South. Everything happened on the other side of the world. You’d see it on TV, mixed in and blurred with commercials and sitcoms and sporting events. As a gringo, I knew our wars were constant, but they were fought in faraway countries, where death and destruction were distributed among the unlucky ones who had decided to live in the line of fire. We in the United States didn’t even keep a tally of what they lost, since it wasn’t our problem. No one taught me this. Like all nationalist myths, I learned it on my own.

By now, we’ve become accustomed to losing, of course, and not only in war. As I write this, the number of deaths from coronavirus in the United States has reached 50,000, with more than 11,500 in New York City alone. It’s a frightening number, absurd, tragic. I’m here, in this city, and have trouble believing that thousands of my neighbors have died unnecessarily from this plague. At the same time, I know this number will only grow, and that maybe, at some not so distant point in the future, someone will read this text, will come across that number, and will find it small. Quaint. There will be so many more dead. My incredulity will seem naïve.

The building where we live has emptied out, and these days, if we meet anyone in the hallways, we avoid each other. We don’t even smile, as if the virus could spread with even that small gesture of kindness. It’s because we’re afraid. All of us. We take the elevator alone. We lock the doors and wait for the sirens that never seem far away. From the window, we see the ambulances race by on empty streets. There they go, I tell my son, who understands enough to be afraid. They never stop, I say. Never.

“More Was Lost in the War,” translated by Ilan Stavans. © 2020 Daniel Alarcón. © 2020 Ilan Stavans. First published in And We Came Outside and Saw the Stars Again by Restless Books.

Daniel Alarcón is a novelist and radio producer whose books include "War by Candlelight" (2005), "Lost City Radio" (2007), "At Night We Walk in Circles" (2014), and "The King is Always Above the People" (2017). The executive producer of Radio Ambulante, a Spanish-language narrative journalism podcast, Alarcón is an assistant professor of broadcast journalism at Columbia University. His honors include a Whiting Award in fiction, a Guggenheim Fellowship, and a Lannan Literary Fellowship. 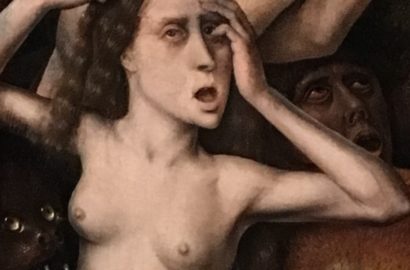 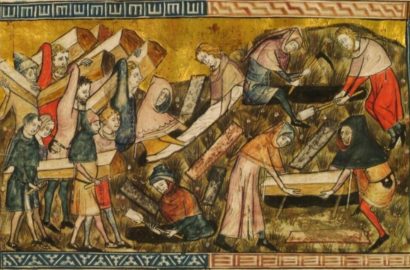