It was somewhere outside the Sunland-
Tujunga area. We were picnicking in a patch
of ruined statues. The broken column we
placed ourselves behind was Ionic. A thin
Egyptian cat effigy leaned on the head
of a carved marble warrior beside you, exhaling
a gust of ancient green incense that raced across
the sky as if it were a hunted parrot. I said,
“No one speaks of summer anymore, or
revolution.” You said, “The only topics left
for us are the property values of sand castles,
and the way that tiny babies chirp like birds.”
Eventually, the moon stretched its fingertips
over the horizon and pulled itself shimmeringly
into the infinity pool of night. “Just don’t go
all cross-eyed on it,” I said. “Your face will
harden into that expression forever.”

The blinding noise of the day

I hate waking up in the morning with
wings—having given birth to an egg
the size of a small VW.

Don’t you?
I grope and sniff,
lost already somewhere

in the blinding noise of the day.
I call, and no one answers. It’s been
a while since even the wind wrapped me

up in obsessive caresses.
Listener, you think that
this poem will end with me returning

to my bedroom, which glows like
the inside of a lemon and is
carpeted in tiny golden feathers. It does.

You were running through my thoughts

My thoughts were trying to catch you.
Your legs cut them into thin slices—
the way a camera cuts time,

the way a knife slides through liver.
What were you looking for? The voice
of my mother? It’s smaller than the wing

of a tiny insect. The voice of my
father leans against my skull wall like
a folded umbrella. I listen only to the

muffled whispers of ancient lyres. Is that
the sound you were running away from?
Have you stumbled upon my inner graveyard
yet? It will welcome you like a refugee.

Gail Wronsky Gail Wronsky is the author, coauthor, or translator of sixteen books, including the poetry collections "Under the Capsized Boat We Fly: New & Selected Poems" (White Pine Press) and "Dying for Beauty" (Copper Canyon), a finalist for the Western Arts Federation Poetry Prize.

A Meditation on Risk

by Brian Bouldrey, Will Sonheim 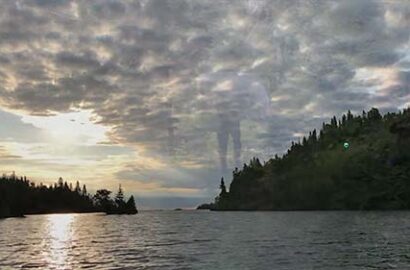 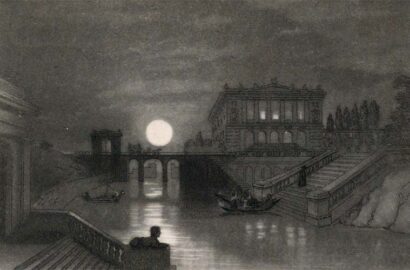