Write a book that is the equivalent of a music demo. A book in which I demonstrate and record some memories and ideas I have about music and literature. Keep this book minimal and raw around the edges, like PJ Harvey’s 4-Track Demos. Lo-fi and intimate and imperfect like SoundCloud rap or the bedroom recordings Witch House bands did in the aughts. Trust the alternate take, the approximate take: the provisional nature of memory and thinking in general. At all costs, avoid the mistake Courtney Love made not trusting the rough magic of The Rehab Demos, the result of which is the turgid Nobody’s Daughter. Don’t bury the voice in effects; don’t overproduce the prose into oblivion. Let the book leak out into the world for a select audience before it’s ready to be sold.

On the night before his year 12 final English Lit exam, he went to see the Jesus and Mary Chain. He thinks it was either at the Old Melbourne Hotel on Milligan Street in the central business district of his hometown of Perth, Australia, or perhaps the Red Parrot, just north of the CBD. On the internet, the date is listed as September 9, 1988, the venue as Unknown. His memory of the gig is as follows: the band wore black, as did he and the entire audience. He stood close to the stage, his head nestled into the speakers, so he could fully appreciate the honey-drenched noise.

The next day, as he wrote his final paper on symbolism in “The Love Song of J. Alfred Prufrock,” which he had by necessity memorized so he could quote it verbatim, as he wrote of peaches and caution and Michelangelo and hesitation—naturally employing the New Critical methodology—his ears were still ringing and buzzing. Inside his etherized brain was a neural mashup of post-punk pop with high modernism. To this day, whenever he recalls this poem, which he can now only quote in fragments, it’s as if the Reid brothers are T.S. Eliot’s back-up band. Beneath each image and line there is a wave of feedback, smoky and foggy.

Pay attention not so much to the writer’s voice as the feedback produced by the writer’s voice. That is to say, when the writer is plugged into language in such a way that the sentences loop back on themselves endlessly, so that images are distorted and repeated, compressed and fuzzy.

What was the most memorable gig you ever went to? Not the greatest, but the one most ingrained in your memory? For me, that’s easy: Hole, Brixton Academy, May 4, 1995. It was their Live Through This tour, and Courtney’s fuckedupdness was at its most immaculate and pure.  I was 23 and also immaculately fucked up, just back from a passionate and doomed rendezvous in New York with a guy I loved madly. I remember snatches from that night: Oasis’s “Live Forever” playing on the pre-show…Hole’s cover of “She’s Lost Control”… making out with a cute boy in the mosh pit to the churning disorder of “Teenage Whore.” If you want a more accurate account of the show, there’s a partial BBC recording online; recently, as I sat at my computer and listened to Courtney’s banter between songs, sarcastic jokes about Pearl Jam and Menswear, every detail of the gig came uncannily back to me. But this isn’t about accuracy: what I most recall is the feeling inside me that night, a feeling not even the BBC could capture, the catharsis I experienced, Courtney’s fragile, damaged state echoing and mirroring my own. Later that night, as I walked up the five flights of stairs to my council flat in Brixton, my calf muscles ached so eloquently.

I’ve been to so many readings they blur into one another, but let me tell you about one: Book Soup on Sunset Boulevard in West Hollywood in 2012. (Rewind: turns out that love affair wasn’t so doomed and I ended up with the guy, here in Los Angeles.) The readers have read and another writer is asking them questions. I’m not paying much attention, until who should walk into the store but Courtney Love. Dressed in a full peach silk slip, barefoot, she starts walking around, accumulating book by book. More than once, she walks right in front of the readers as they’re in conversation; Sorry, she says, a Pisa-esque stack of books under her arm. I watch until she slips out the door into the black limo waiting for her on Sunset. I guess this counts as the most memorable reading I ever attended. Though what does it say about me that the readers themselves were extraneous, inconsequential?

The only thing more unmemorable than a literary reading is a graduation speech. Back in the mid-aughts, I was attending the graduation ceremony for the university where I teach—incidentally, or not, its campus at the time was just around the corner from Kurt Cobain’s last rehab, the one he unceremoniously fled before he went back to Seattle, to do you know what. The graduation was at Shutters, that fancy hotel on the beachfront in Santa Monica, and I recall literally nothing about the event itself. What I can say is that afterwards, as I left the function room, Courtney Love was sitting in the piano bar, by herself, at the piano. I like to think this intentional and accidental proximity I’ve had to Love three times means something, but of course it doesn’t. And to answer my own question: it’s not that readings bore me, exactly, it’s just that I’m so much more present at a gig; books just don’t plug into my emotions or memories the way music can. Though I’m sure you’ve noticed by now my memory is not so great. So even though I’m going to tell you that Love was playing the piano, singing let’s say, “Softer Softest,” I’m pretty sure she was just sitting there quietly. I’m almost certain she wasn’t playing anything.

Notes on Music and Aesthetics

Sure, in his later teens, when he was all about Sonic Youth and My Bloody Valentine and Einstürzende Neubauten and the Butthole Surfers and the Young Gods and the Swans, he was a connoisseur of music, a discerning and dogmatic aesthete. But he finds himself more interested in his pre-teen and early teenage musical tastes, when he knew no such discernment, when he bought records from the Smiths and Howard Jones, the Jesus and Mary Chain and King, Felt and Hipsway, Echo and the Bunnymen and Haysi Fantayzee, This Mortal Coil and Curiosity Killed the Cat. His love of music, veering between variants of so-called alternative and glittery, disposable pretty-boy pop was dictated by nothing but yearning and delight. He is increasingly drawn to those days when his musical aesthetic was anarchic and still in formation, much as his literary aesthetic still is today.

I’m the youngest of seven children, and my family has never been big on passing down stories. Though one of my sisters did tell me that once, before I was born, or when I was still a baby, our father brought home a carful of old 78 records from one of the houses where he gardened, on the other side of Perth’s Swan River. The records had belonged to the occupant, who had recently died. My siblings and their friends were somehow disturbed by the strange old records with their limited playing duration and took them out of their cardboard sleeves and threw them against our asbestos fence, reveling in the destruction, shattering the shiny black slabs into shiny black shards, until they could not be played, until they were unlistenable.

One day soon, when I amplify my images and sentences, when my writing goes electric, it will surely alienate and confuse my legions of obsessed fans, just as it did the fans of Bob Dylan when he performed his first electric concert at the Newport Folk Festival on July 25, 1965. Though I suspect my fans, who are even more obsessed, will feel far more betrayed and be considerably more hostile. 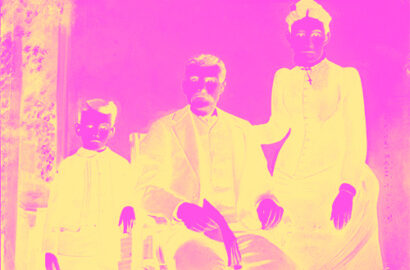 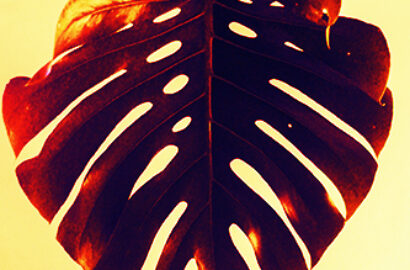