A few years ago, Kazim Ali became curious about a place he lived four decades prior. As he began searching online for information, he became fixated on the small, temporary town of Jenpeg, where his family lived after immigrating to Canada. Ali was a child when his father, an electrical engineer, took a job with Manitoba Hydro to work on construction of a dam that provided hydroelectric power to the province. He returned to the area in 2017, visiting Cross Lake for the first time; the Pimicikamak First Nation community had signed a treaty in 1977 that granted Manitoba Hydro easement rights for the dam.

Ali thought that when he returned to Manitoba the story he would tell would be about his childhood, the forty years that had passed since he left, the damage to the region from the dam, and his complicated feelings around its construction and aftermath. Two days after he arrived in Cross Lake, Ali realized, “It isn’t my story. It’s actually the story of these people.” His 2021 book Northern Light: Power, Land, and the Memory of Water (Milkweed) integrates this narrative with that of his family’s immigration.

Ali was born in the United Kingdom and received his MFA in Creative Writing from New York University. A professor and Chair of the Department of Literature at the University of California, San Diego, he is the author of nearly twenty books of fiction, poetry, and nonfiction, and he has translated work by Marguerite Duras and Sohrab Sepehri.

There’s a recurring tension throughout Northern Light, involving themes of dispossession and belonging. You write about how you have been pulled to Palestine, to other people’s dispossessed spaces, but hadn’t considered your role.

Right, my own identity as a settler. I think when you’re an immigrant, maybe it’s easier to forget because you’re coming into a national space that has been determined. We came into Canadian national space and viewed ourselves as Canadian. We sang the national anthem. We didn’t have a flag, but I wanted one at home, and so my dad actually got a white towel and a red magic marker, and he created a Canadian flag for me. We loved our new country. But lo and behold, on the other side of that Canadian national space was the indigenous … the historical nation of the Pimicikamak. There was an archaeologist—I write about this in the book—who found archaeological evidence in Pimicikamak going back 4,000 years. Across Northern Canada, in terms of a culturally unified Cree presence with implements and other cultural objects, there is archaeological evidence going back 12,000 years.

I mean, any nation needs a narrative. As Harold R. Johnson says: Canada is a story that we tell. It’s a story a lot of people believe in, but it’s only a story. In America, too, we have that sense of historical erasure. As immigrants, I think we always talk about coming to the United States and what it means. But the United States—that’s a legal entity, not a historical nation. It’s now going on 250 years, right? But is it a historical land? Land is different. The Napa Valley is a real valley, so you can say that valley is a place that has a history. Or the Great Lakes region, that’s a real place; the lakes are extant. But the states, like New York state, that’s not real; that’s a legal entity; those borders, those lines were drawn. Some of them are natural borders; the Saint Lawrence River is a national border, but the rest of them are not. The New York-Pennsylvania border is not a real thing; it’s just a line.

So when we start talking about nationhood, what does that really mean? And what does it mean to be a citizen of a place? It means you might have rights under the legal entity. But if you live in a place and you work in a place and you were born in a place and die in a place, aren’t you of that place in every way that matters regardless of what the paper says? All of these issues came into question for me because here I was, the son of Indian parents, one of whom—my father—was displaced because of political unrest, and then for whatever reason went to England, then came to Canada. What do we belong to? Who are we? What are we? Those questions are at the center of the book.

And then to discover the indigenous—that there really are people who’ve been from a place for however many millennia and we sort of inserted ourselves into their existence for three or four brief years, however long it was that we were there before we packed up and left. The town of Jenpeg doesn’t exist anymore. The one permanent—and it’s still there, I went back and I looked at it—was the concrete pad that was the floor of the holding cell in the RCMP outpost. That was the barred cell where offenders were kept and it had a concrete pad as a floor to be secure. And that pad, maybe ten by ten by ten or something, is still there in the middle of the forest.

There’s a powerful moment when you address how belonging, in a sense, is sometimes tied to where our people are buried.

Yeah, my grandfather and my uncle—their graves are in Winnipeg and there are very, very few members of my family who still live there. My mother’s brother—my uncle and aunt—do. But other than the two of them, the rest of the family has moved to other places, so our ancestors are on that lonely hill. Who is going to tend those graves?

At the end of the book, I ask: Are we landless people? Is that true—we have no home? I’m from nowhere, I’m nobody, I’m a nomad? I think those are powerful questions in the modern world, especially because people don’t feel rooted; they move around a lot and the causes of migration are complicated. There are political refugees but being an economic migrant, you know, coming to America for work to support your family, that’s not less of a condition. It’s very complicated the reasons why people leave one part of the world and go to another.

I wonder if, for you, the sense of belonging has more to do with people, those with whom you have an easy affinity, than it does with place.

I think that is why I was asked to go into the sweat lodge at the very beginning. It was almost like I wasn’t going to be able to do anything else until I did that; that was going to be the point of entry. I was told: We want you to experience this because it’s going to show you what our culture is—the most important thing here. It’s not about land possession, it’s not about mineral rights, it’s not about profit sharing from the dam for the sake of having money. Which is not to say that money’s not important. They need profit sharing from the dam in order to build cultural institutions and provide for youth and education. There is no revenue from the dam that goes to that community, and it’s an issue that needs to be addressed. …The community of Cross Lake has provided cheap electricity to the entire province of Manitoba for the past forty years, and morally the Pimicikamak First Nation community deserves support and remediation, and ethically they deserve compensation. …But equally important, I think they wanted me to be initiated in a sense, to come back to the land in that profound way. And then to go from that to being taken by the elder and historian Jackson Osborne into the land, where he showed me the shore and the lake and the tree line. That was really powerful. It was not until I did those things that I could then go to the school and talk to the teachers or go to the band hall meeting and talk about the child welfare legislation—all of that policy stuff had to come after the actual initiation into the place itself. …The real critical moment—the first and most important moment—was sitting in that sweat lodge.

Before going to Jenpeg and Cross Lake, you asked yourself: Am I going as an ethnographer, as a memoirist, as a journalist, as a poet? You really do cover the gamut.

Well, throughout the book, I’m resisting being a journalist. I bristle whenever someone says, Oh, Kazim is a journalist, he’s going to write about Cross Lake. I’m like, well, I don’t know what I’m doing. But by the end, I’m like, okay, yeah, I’m a journalist. That is one of the many things that I have to do here. The story of this book is an important story, but it’s not just a story to be told. I, as the writer of it, have to continue to work with this community. We don’t always know what the ripples are, you know? But it’s my hope, always, that people will think more about where they live. Whose land is this? Where does my electricity come from when I flip the switch? Where is that current coming from? What happened? Is it coming from a dam? What happened because of the dam? These are questions we have to start asking ourselves because, as we move into the new era…the climate will require us to become more sustainable in every aspect of our lives. Our relationship to electricity might change. We might not have as much access to it anymore, or we might have a different kind of access.

The poet Layli Long Soldier suggests that you were called.

It hadn’t occurred to me, but when she said that, it felt true. I was just confused. And I couldn’t escape it. It kept coming back and then I was writing to the chief and then I was buying tickets and then I was going. I was like, oh my God, this all feels so inevitable. How did I get myself into this? And I’m actually not a journalist. If I was a journalist, it would make a lot more sense, you know. I’m a poet and a teacher. What the hell am I doing? I was on sabbatical then, and I was supposed to be working on another book and I’m like, Why am I flying to Manitoba right now?

I was scared. I was apprehensive, as I explain in the book. I was nervous about going back and Layli and I had been friends for a bunch of years, so I called her out of the blue. I really needed reassurance.

When I told her that the elders performed this ritual, all the pieces fell into place for her. And so she said, “They called you,” and I realized, oh, God, is that what happened? Is that what this is about? I don’t disbelieve it. I kind of believe it. It felt real to me. It felt like, of course, of course that’s why I’m suddenly obsessed forty years later, and randomly getting on a plane to fly back there in the middle of everything else that’s going on. It just made perfect sense.

Abbie Reese is the author of "Dedicated to God: An Oral History of Cloistered Nuns" (Oxford University Press) and the director of the documentary "Chosen" (Custody of the Eyes). She has an MFA in visual arts from the University of Chicago and is an MFA candidate in creative nonfiction writing at the University of California, Riverside.

Kazim Ali is the author of books encompassing multiple genres. His most recent book is "Northern Light: Power, Land, and the Memory of Water" (Milkweed Editions).

Our Mother Told Us 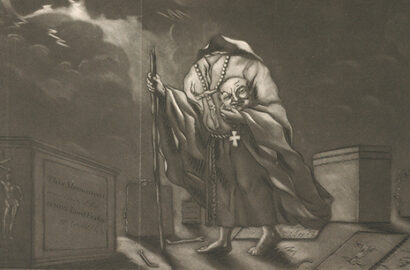 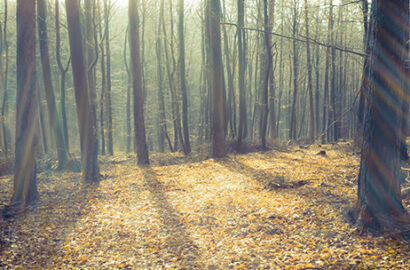