Early November. I spent my morning being photographed in the square, lonely against backdrops of emptiness. A rough oak trunk, a shimmering white wall. The photographer kept requesting that I change looks: an orange t-shirt, a mirrored kurta, a blue blazer, a yellow leather jacket. I made him photograph me wearing the kurta and leather jacket together. Then another, full-length, showing me wearing the kurta with blue jeans and sneakers. Who am I?

The photographer raves about one particular picture taken against the huge trunk of an old oak, its ruckled bark in contrast to the deep sadness in my face. He says I am beautiful but more than anything I think I look ravaged, old. It makes me think of the opening of The Lover. Maybe what people think is beautiful is what is gone? Beauty is death, the void, the forgotten?

When I look at the dark space of his camera lens for the first time, I see in my face my father’s face. I do not like being photographed by someone’s phone or digital camera. I like the old dark space, the void that could be god or death, just before the shutter opens to see you, to record you, that terrifying moment of annihilation.

On the way home, my scooter skidded on the leaves and I fell. My helmeted head banged against the concrete. When I fell, I grieved for the body: the weak one, the stupid one that makes always the same mistakes, this one: mine.

Not often sentimental, I weep at one other particular moment: when I move out of a house, I walk through each room to say good-bye. What is it we leave behind? And when we leave this body, this tender one, the stupid one, how do we bear its pain when it loses other bodies it dumbly loves?

Young gay and trans boys are killing themselves. I start to talk to my friends and family about my own experiences in school. Even my younger sister, who knew me more than anyone and from whom I thought I had hidden nothing, said she had no idea I was being bullied in school. It was silence that kept me in pain and weariness at the fact that no one could see.

My friend Craig, who is a graphic artist and novelist, was invited to contribute a comic to a magazine on the theme of censorship and free expression. He wonders if I can write about being gay, about being unable to tell anyone. He asks me to write the story, which he will draw. I agree, though I don’t know if I will be able to do it.

Why did I never tell anyone I was being bullied? Not fear that they would hurt me more. No, fear of course, at that time, of the truth. That what those boys were saying about me was true. That I was weak, ugly, gay, or whatever. And it took years to know: that I never deserved to be treated in such a way and by those very same cruel and beautiful locker-room kouroi, their delicate faces and lean bodies that I loved and learned how to love.

The trees in spring smell rotten and strange. Broken magnolia flowers litter the sidewalks and the crushed gingko fruit ice it dangerously.

Beneath the nude light of unshuttered street lamps, we walk talking on and on. Hanging man, halfway through a storm-dark day, the street of the city is a page, a body, a boundary.

This bending down in front of why, this speaking underneath the world: like the basement of the church in the lot next door to the jazz professor’s house, which was once the parsonage: when the church was demolished, the basement was sealed off, covered over. The rooms still exist there, his wife tells me, under the sodden green.

And the skin of this, the pulling of threads means you want something to unravel and reveal. Reveal, reveil, revile, reveille. “Can God be approached in language?” asks Christian Wiman. Or do we use the name of “god” as a gesture toward the place meaning stops. Says Fanny Howe about “god”: “The longing is the part that’s real for me.”

Kazim Ali is the author of books encompassing multiple genres. His most recent book is "Northern Light: Power, Land, and the Memory of Water" (Milkweed Editions).

Whose Land Is This?: A Conversation with Kazim Ali 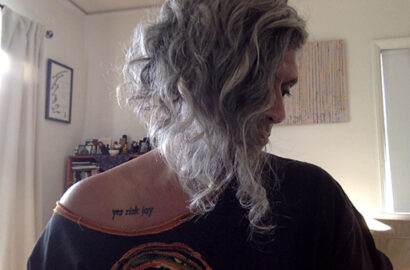 “Stilled Life,” “Through a Window in Winter,” “Labyrinth,” “Columbarium” 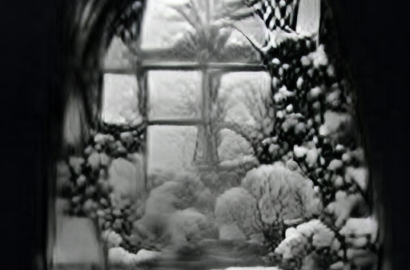