On June 17, I proposed a new law. By “proposed,” I mean I posted to Facebook in the middle of the night while grieving another police shooting in the aftermath of the killing of George Floyd. I may have been drinking. I wrote: “Officers may not carry out the death penalty on the street for any crime without a trial. This applies to ‘runners’—those who run from the police—and to those who are combative. Non-lethal force is permitted and working body cameras are required. The penalty for failure is first-degree murder.”

My actions were sloppy. My words were not. They seemed to make common sense, even in my unsteady condition. By morning, I’d develop the proposal for endarrestexecutions.com.

What I wanted was to imagine a way to stabilize the relationship between law enforcement and the community while protecting the lives of untried civilians. I also wanted to protect the lives of officers and re-establish a sense of deserved respect for their work. Our dysfunctional society, after all, is still a family, whether we like one another or not. We’re in this together.

My father was a Black man and a thirty-plus-year veteran of the Los Angeles County Sheriff’s Department. As a child, I always wanted him to come home safely. I wanted my brothers and cousins who were Black and Brown to come home safely, too. These two desires have never been contradictory to me, not even now.

In 2017, my father died suddenly, and I was sure that he’d been murdered. When a loved one’s life ends in the presence of a single witness whose story doesn’t add up, it often comes to this.

My father was reported to be unresponsive by a friend from whom he’d been estranged. This person said my father had been standing and talking, then suddenly collapsed. When my father arrived at the hospital about fifteen minutes after 911 was called, his body temperature was 91 degrees. The doctor told me this was irregular because a person’s temperature drops about one degree per hour after the heart stops.

I wanted an autopsy.

Had my father been shot or stabbed or had obvious bodily trauma—or had I been able to gather the necessary evidence—police might have concluded there was foul play. As it was, the county wouldn’t foot the bill for an autopsy to prove his distraught daughter’s suspicion.

Had I been able to pay $2,500 for an independent autopsy. Had the crowd-funding campaign for his burial raised more than $500. Had I not laugh-cried when I read his pre-planned funeral request for limos and music but “no organs to be played anywhere at my service!”

Had I not plain-cried on the phone with someone I loved who called me foul names while demanding an organ and I couldn’t comfort her by saying yes. Had I not been weak.

Had I not been battling his friends and churches and conflicting opinions while planning a funeral that stretched from Los Angeles into Riverside County in accordance with his wishes to be interned honorably with his fellow veterans in the National Cemetery, it might have been different.

Had I not had excuses.

Death is a dirty business. But maybe our excuses—legitimate or otherwise—don’t free us from consequence or liability. I live with uncertainty. I’ll share the worst:

For days after my father was brought to the hospital, he lay in a medically induced coma, brain dead (although we didn’t know that yet). As this was going on, a number of disturbing events also took place, including a break-in at his house. I called the Sheriff’s Department and told the officers that my father’s badge and gun were gone.

“Are you sure you want to report his badge and gun missing?” a deputy responded. “If we pull someone over in your dad’s vehicle with this ‘gun and badge missing’ report, it could be a poor outcome.”

I don’t know how long I stood there, considering. We were talking about my father’s murderer, perhaps. How sure did I have to be? Is it beyond a reasonable doubt on the streets, too? Trauma can leave our memories incomplete. So I told the investigating officer, “He must have misplaced them.”

Eventually I’d hire a private investigator, but he never recovered anything.

At my father’s burial, two servicemen raised their bugles and played “Taps.” Hundreds of people came to pay tribute, those he’d helped and loved and coached and protected. They included people from the disabled and AIDS communities, as well as his cross-country running team, adults he’d coached as kids over decades in basketball and track, Black Sheriff’s deputies, church members, relatives and friends. They surrounded my family in such a way that we felt protected. We were united.

As a society that strives for safety, health, prosperity, and liberty, we must take care that in our fear, our grief—our emotions—we do not become the monsters we are taught to guard against; dangerous people who rob others of their lives.

Let me be clear, there are depraved killers among us. Those who can’t see the value of another human life. But we are capable of a just and civil society, one where even monsters are tried. If not, we’re no better than the violent criminals we say we pursue, our inaction is like lying in wait.

It will happen again.

The bottom line is “helpers” should not be murderers, nor should we empower them to be. This is not an unreasonable ask. Stop killing us.

Natashia Deón is the author of the novel "Grace" (Counterpoint), and the founder of Redeemed, a non-profit organization that pairs professional writers and lawyers with people seeking to clear their criminal records. She is a practicing criminal attorney and the creator of two Los Angeles-based reading series: Dirty Laundry Lit and The Table. Her forthcoming novel, "The Perishing" (Counterpoint), is due out in Nov. 2021.

Essential Workers of the Sonoran Desert and Beyond 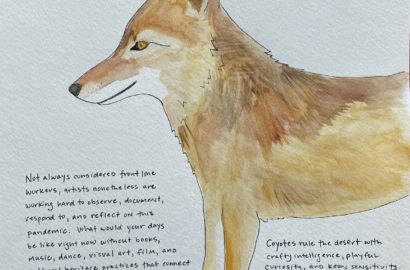 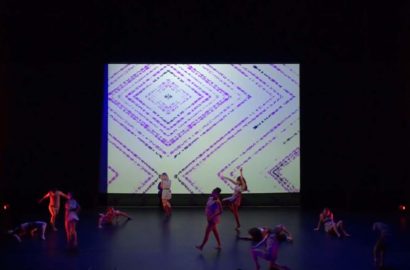