The Sonoran Desert is often perceived as a place of scarcity. In actuality, it is the most biodiverse desert on the planet, thanks to its topography and seasonal rainfall patterns, which create habitat for some 3500 plant species, 500 bird species, and 1000 bee species. I started thinking about some of these desert species as essential workers, as overlooked and uncelebrated as the human workers who were delivering the mail, reporting the news, tending to the sick in clinics and hospitals. The phrase “occupational folklife” refers to the culture of workers—what workers say, make, and do within given professions. Listening to workers grants dignity to labor of all kinds.

The coronavirus arrived in earnest in Tucson, where I live, as the spring cool temperatures were melting away to blazing summer days. Getting outside meant leaving the house at 5 a.m. to beat the heat, listening to bees and doves and trees in the warm winds. As temperatures rose into the hundreds, I hunkered down for a summer that would be the hottest on record. Meanwhile, all those workers were keeping the desert alive and glorious, keeping us safe and healthy.

These paintings first appeared in ANTI/body, a site-specific collaboration between the University of Arizona’s Art+Feminism Collective and artist Natalie Brewster Nguyen, involving installation events in multiple locations around Tucson. The installations were viewable from a distance, on foot, or via car and bike. All were accompanied by a soundtrack.

Kimi Eisele makes things with words, images, bodies, light, nature, and you. She is the author of "The Lightest Object in the Universe" (Algonquin Books), a novel about loss and adaptation in a post-apocalyptic America. Her writing has appeared in Guernica, Longreads, Literary Hub, Orion, Terrain.org, and elsewhere. She holds a master’s degree in geography from the University of Arizona where in 1998 she founded you are here: the journal of creative geography. Her visual art—paintings, collage, photographs, papercuttings, and shadow puppet theater—focuses primarily on wildlife, landscapes, and the body. 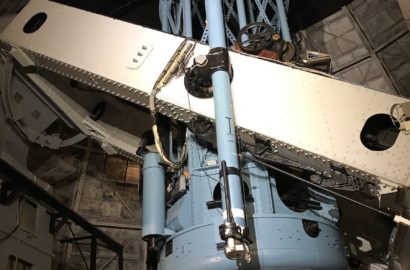 My Father’s Badge and Gun 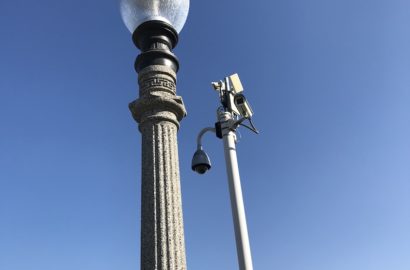