I lost whatever I buried in the sand.
Summer after summer we’d return
to find it altered. Only the signs
remained where they’d been planted.
The ridges of grass rose or sank
by the storms that pushed the bank,
the ice floes punished and scraped.
In town, the ice cream parlour remained
my favourite event. I still don’t know
how they made it, but if I tasted it again?
I have a way of ruining things.
Once, on the ferry over,
before they built the bridge,
my father poured soup from a thermos
and smiled as the other passengers looked on.
How cleverly he’d managed things.
The food on the ferry was bland.
The view was always the same.
I stood at the railing and watched
Prince Edward Island resolve
into a thick strip, with buildings and cars,
while behind us, Nova Scotia dissolved.
Being an unsteady child,
I often dropped things.
One time it was a camera.
No doubt the pictures it contained
were banal and largely out of focus,
the sea slanted at various angles,
glittering and pale. The antics
of my sister, my father grinning
with his wide moustache, a boy
with his eyes half closed.
Photos we’d look at once, while still
in the envelope, and then never again,
until many years later, perhaps
after our parents’ deaths, sifting
through their lives and stopping
now and again to look and remark
the passage of time with regret.
Were those photos not lost
I would not remember them.
Had I seen them, I would not
regret their loss. This is the way:
Whatever I buried, whatever I dropped,
I kept somewhere.

Shattered rocks, a broken coastline
rushing and receding, leaving pieces
of itself behind for birds to nest on,
and along the jagged cliffs, trees
blown horizontal along the ground.
Here battered coves offer harbour,
little solace, to sturdy wooden houses
and brightly coloured boats.
When it rained, rain roped the earth
into the sky’s heavy net. Trees swam
within it. We arrived by ferry,
a giant catamaran with cars, buses, trucks.
Violent waves swayed us from our lunch.
I thought it was riveting. An old woman
vomited. A man said we might drown.
On land, I slept in a tent with an older woman
who was sleeping with a younger man.
I was like a child curled up next to her.
I heard them laughing one night
and then I heard my name. I made
for the trees, thought about running.
I was twelve and obvious in my thinking.
The woman felt bad for me.
The man made me sleep in the van.
Later, we hiked to the top of Gros Morne,
a steep incline that led to a flat summit
of sharp, wet rocks. When the fog came,
we huddled and waited for the sky to pass,
lost, suddenly, in each other’s imaginations.
But isn’t it always like that? A fog so deep
you can wave your hand and not even see it?
When it cleared, we saw the fjord below
like a fat snake between glacier-scraped tablelands.
The land had changed and seemed old,
though it was younger than we imagined.

Joshua Mensch is the author of "Because: A Lyric Memoir" (W. W. Norton), which was shortlisted for Canada’s Governor General's Literary Award in poetry. He lives in the Czech Republic, where he co-edits the literary journal B O D Y. 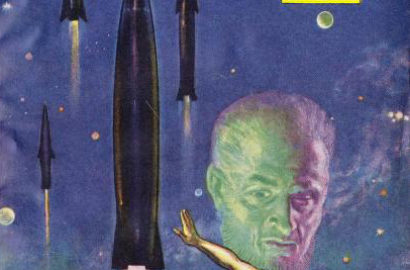 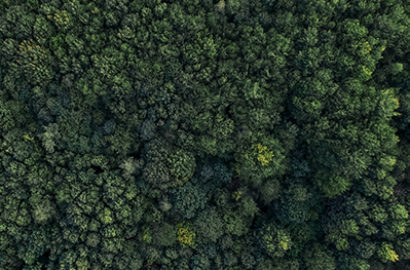