“Sex is like a sandwich,” my father told me. I was fourteen, and he was convinced that this metaphor would convey his philosophy of intimacy in a way that an adolescent could understand.

“A sandwich that you share with someone. You both enjoy it. And when you’re done, that’s it.”

The whole idea seemed ephemeral to me, even if I didn’t know what ephemeral meant.

“You can have another one later if you want. Or you can share a sandwich with someone else.”

I had no idea what he was talking about; I was a bookish, nerdy kid with debilitating hay fever. I had spent most of my youth in a Sudafed haze devouring the works of Franklin W. Dixon and Ian Fleming in my bedroom. My only experience with other people’s bodies involved the few occasions that the kids in our neighborhood went down to the creek to take turns watching each other pee.

The father-son talk was light on anatomical details and reproductive theory; he seemed to think the sandwich metaphor was enough. Until he added: “Oh, and if you get a girl pregnant, you don’t have to marry her. You don’t have to have anything to do with her or the kid.”

This explains everything you need to know about my dad. He was a terrible father, prone to rages and violence when he was younger. Once he’d abandoned us and was free from the obligations of parenthood, he was aloof and caustic, and on the rare occasions that we did see him, he reserved his parental input to mockery and useless, even insulting advice.

As an afterthought, he handed me a thick paperback.

“Here,” he said. “Grok this.” The book was Stranger in a Strange Land by Robert A. Heinlein. The word grok appeared as part of the cover design.

Grok is the only Martian word in the Oxford English Dictionary, which defines it as: “to understand intuitively or by empathy, to establish rapport with.” But there’s more to it than just that. In Heinlein’s world, to grok is to drink something in, to absorb it fully, to contemplate deeply and intuitively. Or as the protagonist, Valentine Michael Smith, says, “You need to think in Martian to grok the word ‘grok’.”

Smith is the Martian in question. (The working title of the novel was A Martian Named Smith.) The illegitimate child of human scientists on a disastrous mission to the red planet, he becomes a kind of intergalactic feral child, raised by Martians instead of wolves. Smith combines the innocent curiosity of Chauncey Gardiner, the intelligence of Stephen Hawking, and the psychic powers of Carrie White. He is oblivious and formidable.

Returned to Earth, he becomes entangled in a plot that pits the government and various religious orders against him and each other. He is ultimately rescued by a nurse he has befriended and a famous author. In a twist that stretches credulity, he becomes fantastically wealthy. Smith then proceeds to do what the Sacramento rock band Cake contemplate in their song “Comfort Eagle” (“We are building a religion/We are building it bigger”) and creates the neopagan, sex positive “Church of All Worlds.” You probably won’t be surprised that, in the end, Smith gets what any person with special insight and powers gets when they become mixed up with organized religion.

When I was a teenager, Stranger in a Strange Land became a touchstone book for me, one of those novels that changed me in some elemental way. You might even say that it was the only thing my father ever gave me—the only good thing anyway. And yet, the novel has its own weird history. The version published in 1961—the copy my father gave me, the first science fiction novel to grace The New York Times bestseller list—had been heavily edited in the process of publication. Sixty thousand words were cut. In 1991, thirty years later and three years after Heinlein’s death, his widow released a new edition with the cuts restored.

It is not an improvement. Reading it, as I did recently, is like meeting up with an old lover and realizing that not only has the fire burned out, but you also have no idea what attracted you in the first place. Maybe the moral here is less is more. Maybe restoring all those words was not a great idea. Editors do what they do for a reason. At their best, they are collaborators, protecting writers from their own hubris. Admittedly, I brought a rollaboard of emotional baggage to the experience, but Stranger in a Strange Land—the expanded dance remix version, in any case—may be most useful as a lesson about accepting disappointments and managing expectations. A cautionary tale about the choices we make.

That said, there were some things I recognized in the novel. Fun science fiction stuff—self-driving air taxis and robot kitchens that prepare food at the push of a button—the kind of futuristic touches that give the story its Elon-Musk-meets-The-Jetsons charm. Perhaps its lasting strength comes from Heinlein’s philosophical ruminations on society.

“It was not possible to separate in the Martian tongue,” he writes, “the human concepts: ‘religion,’ ‘philosophy,’ and ‘science’—and, since Mike thought in Martian, it was not possible for him to tell them apart.”

Heinlein uses Smith’s naiveté and inquisitive Martian mind to excavate various Earth-bound societal systems—like government and religion—and comment on what people used to call “hang ups.” His Martians, it turns out, were not that different from my father; they dug free love and waterbeds— it wouldn’t have surprised me if the Mars Rover had discovered Martians sitting on shag carpets and eating fondue—and were on a kind of hazy spiritual quest. Heinlein’s novel may be science fiction, but it is really a guidebook for how to be in contemporary society—at least society as it was at that time.

As Smith tries to figure out how a person should live in the world in a meaningful way, so too was my father. Stranger in a Strange Land resonated with him somehow. As did Jonathan Livingston Seagull, a bestselling novel narrated by a bird. It doesn’t surprise me that he loved these books, since both are about oddball nonconformists, a Martian and a seagull, who break with social norms and strike out on their own. That was exactly what my father was trying to do. Passing this book along was his attempt to explain to me who he was. Maybe he hoped it would provide some kind of guidance.

Why not let a Martian be a role model for his bookish son?

As I grew older, I began to develop some empathy for this man who just wanted to party with his friends. He never really had a job or a career, sustaining himself instead with a series of schemes—helping to broker a real estate deal for a shopping mall, developing a derelict part of Kansas City into a hub of restaurants and bars. I’m not sure how he inserted himself into those deals, but I think it had to do with his natural likeability. Even if his children were less than enthusiastic about him, he was loved by his friends.

At the age when most people retire, my father unburdened himself of his possessions, joined the Peace Corps, and moved to Romania. Before he left, he gave me one more gift. He presented it with some ceremony, as if I had been knighted or received a Nobel Prize. I recognized it as one of his prized possessions, a talismanic object, an icon from the altar of his self-obsession. It was a paperweight, heavy as an anchor, that spelled out the word GROK in sandcast iron.

“Every writer needs inspiration,” he said.

I can’t say the paperweight inspires me. It is, however, very good at what it was designed to do. And I suppose it did lead me back to Heinlein’s work, to see if the book that meant so much to me as a teenager had anything to say to me now.

My father loved Romania. He found the people friendly, the countryside beautiful, and “good wine was fifty cents a liter.” I’m not sure what he did for the Peace Corps. No one really knew. But he continued with his schemes: trying to convince my younger brother to marry a Romanian doctor so she could come to the United States and once calling me excitedly about a deal for a winery in the mountains that could be purchased for five thousand dollars. He wanted to retire there, in the rolling hills of central Romania, and make wine until he died. Not that he knew anything about winemaking. But like Heinlein’s Martian named Smith, this other Smith, my father, was trying to find his place in the world. He was grokking everything and everyone. He was following his bliss.

To his everlasting credit, he never got involved with religion.

My father had no money and few possessions when he died. He did leave me a Balinese ceremonial sword he bought in Bucharest—a weird thing to carry on the flight home from Europe—and instructions to sell it for a lot of cash. Like many of his schemes, it turned out to be worthless. But I do like the paperweight. It’s a constant reminder to GROK. A hefty slab of iron encouraging me to think and feel deeply.

Mark Haskell Smith is the author of six novels and three books of nonfiction, including "Rude Talk in Athens: Ancient Rivals, the Birth of Comedy, and a Writer’s Journey through Greece" (Unnamed Press), which will be published in August 2021. 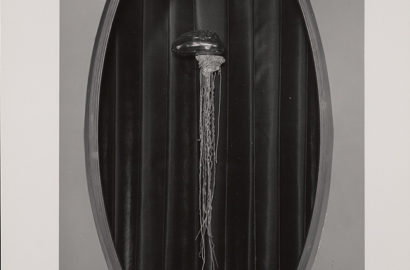 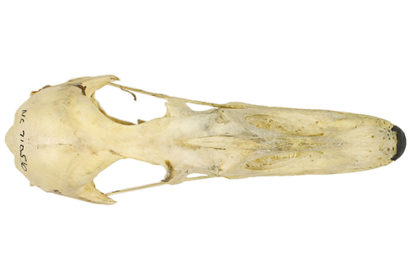