There is a bookstore, Grey Matter Books, not far from where we live, and I go there weekly. The place carries a massive stock of used books, and while I never find what I’m ostensibly looking for, I always come away with an armful of other finds, and some of these turn out to be the thing I really am looking for. This in itself is a kind of metaphor for the thread I’m hoping to track here, the origin point of which is something I found in a book I bought there the other day.

I was looking for J.M. Coetzee’s The Master of Petersburg—the right words of recommendation had come from the right person—and Henry Miller’s Quiet Days in Clichy, because something of my youth is buried in those pages, and I was looking, as I do every time, for Jean Baudrillard’s America, which once struck a note I’ve been wanting to recover since. I had no luck with any, but I did pick up, among a few other things, Peter Handke’s Slow Homecoming, though I did hesitate, unsure of whether I already owned it. Since we moved last year, my books are in no order and on shelves all over the house.

There is the Handke issue—the issue that created such controversy around his 2019 Nobel Prize. Simply, the writer had given vocal support to the repressive regime of Serbian leader Slobodan Milosevic. The ethical question pauses the hand on its way to the shelf, a question I have wrestled with since Knut Hamsun, literary hero of my youth, was revealed as a Nazi sympathizer. F. Scott Fitzgerald wrote in “The Crack-Up” about holding “two opposed ideas in the mind at the same time.” I fear that what he saw as a mark of intelligence could also be a worrisome indecisiveness.

What sharpened the dilemma for me was that I had been reading and admiring Handke for a good forty years before learning of this advocacy. His work is finally too deeply rooted for me to repudiate it.

I bought the book, but not without some inner tension. I bought it because Handke is an author who touches my writing self, in whose books I find—and this I can’t easily account for—the impulse to start writing. I’m sparked by the way his mind moves, the almost aleatory progress of his sentences, and most of all, his willingness to abide in the cloudy conditions of his narrator’s states of inwardness. As I abide in mine.

This time, that feeling of inspiration came right away. I opened the book and, of its three linked narratives, began reading the middle one, “The Lesson of Mont Sainte-Victoire,” which is, in part, a meditative reflection on Cezanne’s paintings. It opens with the narrator out walking, savoring the special vividness of the colors all around. I read—this is the very first page—“The world of nature and the work of man, one with the help of the other, gave me a moment of ecstasy, known to me in the images of half sleep (but without their menacing quality, their augury of terrible things to come), which has been called the Nunc stans, the moment of eternity.”

As that recognition hits Handke, so the expression of it hit me. I felt a sudden widening and sharpening of attention, and the impulse right away to stop and to ponder its intimations.

What prompted me was that Latin phrase Nunc stans. I had seen it before in various books, but never with a clear sense of what it meant, and now Handke had brought it to me. And at just the right moment. Wherever my recent thoughts had been tending, whatever I had been writing about, this was the sensation I needed. Nunc stans. The profundity embedded in that seeming paradox: a sense of eternity caught in the stilled moment …

I found that I wanted to be writing. I didn’t know what; I just wanted to feel myself in that active associative stream that for me is the highest joy. The impulse itself tells me that there is something that is waiting to be expressed. Handke’s sentences have not led me to it, but they have mysteriously activated the receptivity without which no writing can happen.

I sometimes think that writing is not so much what the writer does, as what it is that takes place.

Certain sentences step forward as I read on. Like this, on the next page: “‘Dream yourself into things’ was long a writer’s maxim; imagine the objects to be dealt with as though seeing them in a dream, in the conviction that there alone will they acquire their true essence.”

This is not a sentence I can just move through on my way to the next. It’s a string of words that pulls me in, and will not let me go until I feel I have digested its implications. At these moments, I’m not reading in the usual way. I’m doing something else—carrying out a kind of deciphering that seems to be about what it means to comprehend.

Comprehend, from the Latin, grasp together. Here there are two concepts: that a writer ought to see objects as if in a dream, and that only in dreams are true essences disclosed.

I don’t know that I can fully fathom—or even believe—either proposition, but in combination they beguile, suggesting that what matters lies just outside the grasp of reason. Which I find a solacing thought.

Though I have been a dutiful reader for most of my life—following the school syllabi, reading as many of the “great” works as I could, reviewing on assignment for decades—my real reading has been something else. I mean the reading that feeds my inward self, that offers me the signs by which I try to make my way—that holds out, however obscurely, a promise of some kind of arrival.

This kind of reading cannot be planned or mapped and it follows no identifiable course. It is rarely, for me, about the impact or instruction of a whole book, and much more often a matter of a luminous sentence or passage. Entirely a matter of serendipity, it happens when the eye comes to rest on the needed thing, when all the tumblers click.

I don’t much read for continuity in the way I did for so long—plots, developing themes, and so on. Now I read for glimmers of connection, those moments that touch the points of my preoccupations. They do happen, though of course, I up the odds when I read writers whose sensibilities I already feel in tune with.

I already know from reading Handke that he believes in coming upon things—the oblique encounter—and that he sets great store by the significance he finds in the most unlikely things. He is, further, tuned to the idea of transcendence, at least as experienced in the Nunc stans—instances where some encounter or found thing opens on a greater apprehension, gives evidence that there is depth behind the surfaces we live upon. I read him when I need to be brought back to this.

In certain moods, I will put a chair in place so that I can just look at the spines of the books that fill one wall of my workroom. They are only some of the titles in the much larger sprawl, but they are ones I’ve picked to keep near me. Not so that I could more easily reach them, but because they are books that touch off some private response when I bring them into focus.

For me, this counts as a kind of reading, reading that proceeds on the power of association and traffics in memory. If the wall is a text, it is one that can never be experienced the same way twice.

These odd contemplations testify to what books leave behind besides the memory of their content, which is to say all the different residues of the time spent with them.

I don’t mean earmarked pages and coffee stains—I mean something of the feeling, the state of mind, that was part of that reading. For instance, my eye now lands on the distressed-looking spine of Walter Benjamin’s Illuminations, the only copy I’ve owned. The book has been with me in various carrying bags, on the bedside table, on the desk, opened again and again at different times and in different places for various reasons. To track a quote, often, but also to fall in with a way of thinking, a mind’s particular cadence. Seeing it there, flanked by Benjamin’s Reflections and Valery’s Monsieur Teste, I feel a private sense of confirmation that the other two books don’t elicit.

That book recalls me to parts of the past, all having to do in one way or another with my ambition, not just to write, but—no less seriously—to think my way toward some understanding of my place in the order of things.

Looking at that narrow spine and chipped dust jacket, I register nothing particular about Benjamin’s thoughts on Proust or Baudelaire or the work of art in an age of mechanical reproduction. I make contact, rather, with the younger self, the person who found those essays of such compelling interest. I remember phases of my writing life, my own earnestness. I bring it all back, but not as anything that can be grasped—something more like an atmosphere of mind, a way of seeing the world.

Illuminations is just one book, but the eye roams the wall, this way and that. Other books can bring back specific times and encounters. Marguerite Yourcenar’s The Abyss—I can relive the exact moment I spotted it on the shelf in a used bookshop. Or my worse-for-wear Hogarth edition of To the Lighthouse, spotted on a bottom shelf in the Brattle Book Shop, where I once worked. Or the slim-as-a-quarter spine of Tomas Tranströmer’s Baltics, casually passed to me by my then-teacher Joseph Brodsky on his return from a trip to New York …

I sometimes sit like this for a long time, and if my wife, Lynn, calls from the other room to ask what I’m doing, I usually answer, not quite accurately, “Nothing, really.”

Sven Birkerts is the co-editor of the journal AGNI at Boston University. He is the author of several books of essays and memoir and, most recently, of "Speak, Memory"—a personal reading of Nabokov's memoir—in the IG Bookmarked series. He lives in Amherst, Massachusetts. 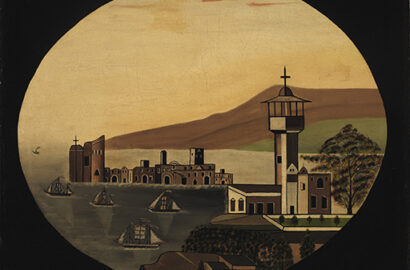 Only We Are Here 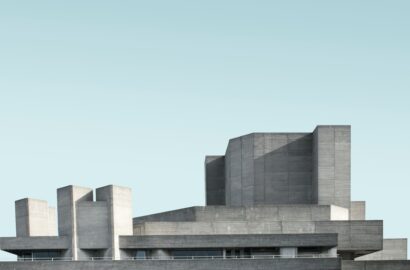