And that uncle with a look of regret
for what was to come, sang softly, jujuwua. The shuddering moan of blood,
a song to calm the sacrificial, the loss across the river.
The way a dying animal will look at you is seared into me.
We die together and all over again.
And the snaking cane he brought down, like Baal’s priests, drew blood,
the prayer is the pause between each lash, that breathily sung word: jujuwua.
You were Elijah gone to heaven to fetch a fire, but what of the witness who cannot turn away?

The true epiphany is that beauty happens whether we seek it or not.
A boy may become entranced by his shadow with the dark, with the incessant. Maybe
we carry death with us. It sits behind the eyes like a shadow on a lake. Sorrow comes to us like this at the
edge of a sea: an immensity.
I chase my brother across continents, devoutly following in his footsteps trying to find
the one who cannot be found, the lost boy who haunts me, almost as if he said:
I will fashion you from your relentless darkness.
Yes, we walk everywhere with our shadows the way Aracelis Girmay’s voice hovers between song and
sob as she peels
the lines of poetry from the page.
There is no small measure of pyromania in this, a self-immolation. Sometimes we are blessed with the
night sky,
a leopard, starred and spotted.

Sometimes grief is acceptance
that love has always been inadequate.
Sometimes it’s just another day
and the light comes in through the window. And my brother calls about ahunji.
An herb somewhere between thyme and clove, the smell of hunger and satiation at once.
I think of that endless summer of fragrance— smoke from burning Bible pages, the smell
of burned rice sticking to the pan
lifted into elegy by the smell of crushed ahunji.
And blood, coppery and hot, leaking from the cane welts on our bodies.
And I make a joke and he laughs, but it hurts, and he says, stop my ribs— But he uses the Igbo, egara, a
word that opens and closes like a fish’s gills,
life and death pulling and pushing.

“Terminus,” “Fragrance,” “Manhood.” © 2020 Chris Abani. First published in And We Came Outside and Saw the Stars Again by Restless Books.

Chris Abani is a novelist, poet, essayist, screenwriter, and playwright. The recipient of the PEN USA Freedom to Write Award, a Lannan Literary Fellowship, a California Book Award, and a Guggenheim Fellowship, his fiction includes "GraceLand" (FSG), "The Virgin of Flames" (Penguin), and "The Secret History of Las Vegas" (Penguin). He is a Board of Trustees Professor of English at Northwestern University.

The View from My Screen 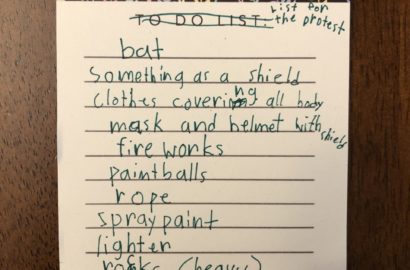 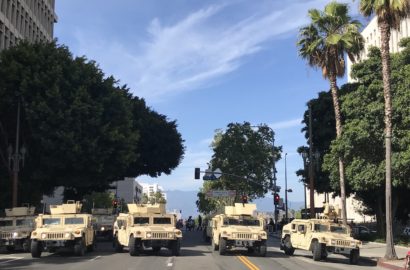