The One-Ten to the Five then
up Ninety-Nine, Famosa,
Dinuba, past silos filled—
the signposts swear—with milk,
California milk. So much milk! So much
green, greens, jewel greens, edibles,
wearables, and those ones so new
they squeak. They almost

squeak out some words. Greens
bound over the earth, drip from trees,
an abundance, a goodness,
because rain—
the rains came! And those clouds—no,
not ordinary clouds, great, swallowing,
beastly things you could not drive through.
In such vapor, you’d vaporize. Like I said,

I’m heading to Fresno and don’t care who knows it.
After the long drought, dry winters
followed by dry springs, aching
trees, roots weeping (some scientists
say that they weep), now wild,
disorganized flowers, and that road sign:
Cheese Factory. Many Cheeses.
If you can’t find your cheese here

we don’t have it. Mango Ice Mallow,
Storm Water Lotus… I’m making
these up—names of flowers, new
colors. Cadillac Rose Plant, Blue
Ink Pot. Like I’m trying to tell you,
to confess, to put you on notice—
I’m in a good mood
and no one can tell me I’m not.

This story I’m about to tell?
It’s not true, and that’s the straight-up

truth. Except for some parts that are—so,
I lied.

This friend, she
needed a hardpack of L&Ms,

a gun that wouldn’t jam, and a man that’s
you know, like, you know—strong jaw,

broad shoulders, with brains as tough
as he looked but in the right way, and

funny.
Why not? She could use a good laugh.

O.K., so now we’re in real time, present
tense, the Now of It Ain’t Over Yet.

He feels her gaze on him—
the way neon light looks at a shiny car.

The way a dislodged gem stares at the hard moon.

He doesn’t want to get involved, he just
wants. The crime is as good as committed.

And now for the pluperfect past (so needy
and imperfect)—she

had needed to bankroll her life, a life
that had not been going to be cheap.

It was all about something, something. But
this Something kept slipping away, like a dream—

you know, the way those small atoms,
the dream’s, break apart and re-enter

the atomic age? She needed to finance
these words, and—like the mugs say—

Half-moon, quarter-moon… Came then
The Night of No Moon. It cameth. But,

really, you want the truth?
Crime or no crime, caught or slipped

outta there, running like raggedy water,
there’s no escaping the moon.

Obviously, it worked out.
Clearly, it all went wrong.

Don’t crack the chest of devouring light—
it will bite through bone, meat, hand that frees it.
Hell blown open blows a shrieking medley.

Why do you think it’s called Kiss Me Deadly?
He treats women like sh—Guess! (Rhymes with “it.”)
Don’t kiss a jerk named Hammer, first name Mike.

Night and the City

Quit working all the angles—you’re one piss-poor angler.
Your scams, ruses, that greyhound racetrack thing? Up in smoke.
And now? Control of wrestling in all of London town.

When they drop you in the Thames you’ll be too dead to drown.
Grifter, you staked your life on a promissory note,
and forgot that rule: don’t cross guys called The Strangler.

Hard to live up to your full potential
when your liver’s pierced by a well-aimed slug.
Stay home, dreamers, dream in your measly town. 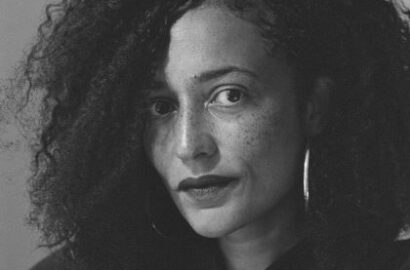 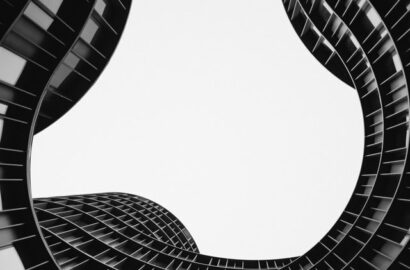