Karen Tei Yamashita is the author of eight books, including the novel I Hotel, which was a finalist for the National Book Award. The recipient of the National Book Foundation 2021 Medal for Distinguished Contributions to Literature and a US Artists Foundation Fellow, she is currently Dickson Emeritus Professor of Literature and Creative Writing at the University of California, Santa Cruz. Yamashita’s project troubles themes of identity, culture, history, colonialism, community, unrest, immigration, revolution, while also maintaining a deep sense of linguistic and narrative play.

Recently in Lit Hub, Josh Cook wrote: “Yamashita paints a picture of America in perhaps the only way it can be accurately portrayed; not as a monolith, not as a manifested destiny, and not as a melting pot, but as a mosaic whose tiles don’t quite line up.” Your work is fractured and interesting and requires our engagement. A certain level of obsession drives the project—and a kind of obsession with many different forms—and many different ideas.

Yes, much of writing is container shopping. Finding the right container for each project. Would you say this fragmented approach is a biracial American approach? Or is the desire of the academy to push us toward some kind of definition of its own American impulse?

I have said that I immigrated back into my own country with my immigrant Brazilian family. My children and their children are multiracial, but I don’t think of them as fragmented or split. I believe and hope that their world is much larger, expansive. As for what the academy desires, I don’t know. I’ve lived inside it and am fascinated by the scholarship of my colleagues. I’ve stuck around to learn.

Maybe I’m doing the unfair thing of reading your work as autofiction—merely because you are Asian American and often you have a speaker or narrator or protagonist who is also Asian American.

I am Asian American. I’ll cop to that, no problem. This term autofiction is odd since what fiction does not belong to the author’s experience? I figure all Asian American fiction must be autofiction.

Yes, that’s so true—I regret that I’ve started off with questions about the “speaker” and post-colonialism when what I love about your work is its playfulness. Its whimsy.

These past two years have been awful. And the future looks dark. Much imaginative effort seems to be headed for the apocalyptic. How to work toward a different future and keep positive; it’s not that simple. I think you can tell; I laugh a lot. Laughing is good. Very necessary.

That’s why I’m so touched by your fable “M’boitatá.” It captures the political and historical stuff—Alexander von Humboldt, for instance, was a naturalist and “explorer” (read: colonizer), often referred to as “the second Christopher Columbus”—but it’s also so fun and funny— I mean: They were treated very humanely. Fed and sexed. Fattened and greased. An organic-only diet. And free-ranged. How did this story come to you?

Maybe you should be interviewing Ronaldo Lopes de Oliveira, whose story this is. He told it to me over dinner, and I wrote it. The fable is attached to a manifesto we also wrote together: “Manifesto Anthrobscene,” which will be published in McSweeney’s. The manifesto and the fable are paired in the same way that Oswald de Andrade’s “Manifesto Antropofágico” and Mario de Andrade’s Macunaima are paired. The two Andrades, not related, were the foundation of the Brazilian modernist movement in the 1930s.

Your work has expanded my sense of what could be accomplished with writing. As someone who has done so much work in journalism, I turned to fiction after reading I Hotel—but your project was so big. So unapologetically comprehensive. I’ve read that you found fiction a more suitable genre for exploring the Japanese diasporic experience—can you say more about that?

I stumbled into fiction because I didn’t think I could be a proper academic anthropologist without being able to read Japanese. I went to Brazil to study Japanese immigration to that country. My intent was to go on to study anthropology. I found a project on Japanese communalism that engaged me for the next decade, but I felt that my inability to read Japanese would be a sham. I interviewed these folks in Japanese and Portuguese, but I could not read their documents, diaries, newspapers. So I decided it would be good historical fiction. What did I know? I was a kid just out of college. Seemed like a good idea.

I get pleasure in watching your writing come almost full circle. Your first novel was set in Brazil, and now this new work is also firmly Brazilian. This is just another way your work acts as an intervention.

Brazil is half of the South American continent. It makes me sad to see that Latin Americanists don’t necessarily study Portuguese or Brazil.

Speaking of interventions, can you speak a little bit about your multimedia performance pieces—Hannah Kusoh: An American Butoh, Noh Bozos, and Tokyo Camen v. L.A.?

These performance theater works had a very short life, sometimes two or three showings in one or two venues. It was a lot of work to bring together actors, dancers, designers, musicians, composers, choreographers, videographers, directors, managers, plus all the paraphernalia. The politics at East-West Players at the time couldn’t give us a home, and these performances might have challenged the idea of theater. Anyway, we got tired and gave up. Stephen Sohn edited this work into a book titled Anime Wong, so something of the incredible work of so many folks got preserved. Later, I realized that the form of the play could stand alone as narrative, and I employed these forms in I Hotel. I love the theater and would have continued on, but it was like herding cats. I ran away to sit in a room to write alone.

Can you share a bit about your outlining or writing process? I recall you saying something about outlining I Hotel on food boxes and having them assembled all around you.

The boxes—someone called them origami boxes, someone else, take-out boxes—were my attempt at three-dimensional architecture. I wanted to recreate the building of the I Hotel, the rooms, the floors, the lobby, the storefronts. Ronaldo, my husband, is an architect, and I wanted to learn this CAD program he used to draw houses. I thought I could use it to write the novel. That was nuts, so I found this easier Venn diagram software and designed boxes. You see them on the inside cover of the book. I got construction paper, printed these, cut them, and scotched them into blocks. I had 10 blocks. I arranged them. Rolled them like dice. Piled them up. This way and that. I contemplated the blocks, Georges Perec style. My grandkid played with them. I found them smashed under the sofa and coffee table. A bunch of paper boxes is not a novel.

What are you working on now?

During the pandemic, I wrote two collections, one based on erased histories of people of color in Santa Cruz, the town where I’ve lived and taught. But after twenty years, I was surprised to learn what I didn’t know about this place. For example, an enslaved man, London Nelson, came to California during the Gold Rush, won his freedom, and settled in Santa Cruz. Upon his death, he bestowed his land and fortune to support the impoverished Santa Cruz public school. The godfather of public education in Santa Cruz was an ex-slave. This collection of stories will be completed by another eight stories by other authors, similarly about erased histories, and edited by Angie Sujin Lou.

The second collection gathers stories and essays; it’s entitled Cannibal Catachresis. “M’Boitatá” is one of the stories. And currently, I’m working on a book/novel, tracing the origins of questions 27 and 28 of a loyalty questionnaire, which Japanese Americans were required to answer while incarcerated during World War II.

Melissa Chadburn has writing in the "Los Angeles Times," "The New York Times Book Review," the "New York Review of Books," "Longreads," "The Paris Review," and dozens of other publications. Her essay on food insecurity was selected for "The Best American Food Writing 2019." Her debut novel, "A Tiny Upward Shove," is forthcoming from Farrar, Straus, & Giroux. 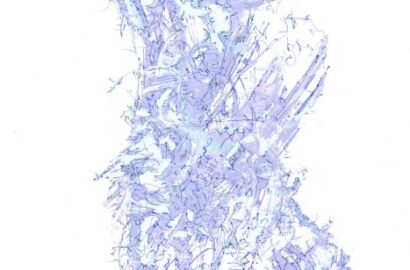 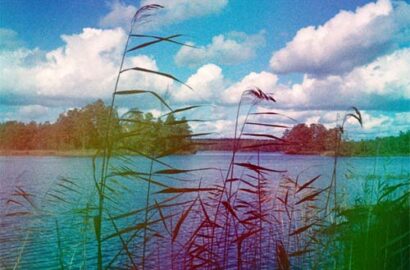