I told you what I know about citizens,
the prestige of innocence, the blue passports
resembling our neighbor’s rain barrels. She is
diligent in saving things from the sky.
On her porch, two plastic ficus stay green,
stay dry, regardless. She waters them
with her mind, that hole where the dead
look alive in mint nylon. Instrumentalists keep
me awake with their musings. Traditionally,
the traitor carries a parcel past dead plants,
statues, the agitprop of prosperity. I lie
my hope with the progressive vivacity
of t-shirt ideology. The cow has a bell
the eye fashions immanence.

My heart can’t tell the sun from his
cymbal. Alina eats twigs after noon has baked
them. The sky is a microwave oven. Alina is
the problem for his extended family. His cousin
says vampire variant. His uncle says speckled
Slavic hen, baby Soviet. His aunt said Slavs
done gone been their slaves in the old world.
I’m still the alien you flagged back in
high school. Alina is the fake one, the hired
drum teaching retirees to dance in rubber pants.
Whatever she touches grows molars
and turns into mud. I said mud: everywhere.
We could wrestle in it but Alina eats
fungi. My saliva salvages and salves.

“Andante con scratchy (as tuning up)”

Sun
with teeth, we say
in Romanian, of
days with warm lips
that mask frozen
tongues.

The
left behind-ling
no one called me

among children who
wait, an infant
gets stuck between
the desk & the dream
of running.

I was crawling,
exploring a homeland
with bitty knees

Alina Stefanescu Alina Stefanescu was born in Romania and lives in Birmingham, Alabama with her partner and several intense mammals. She is the author of a creative nonfiction chapbook, "Ribald" (Bull City Press Inch Series). Her poetry collection, "dor," won the Wandering Aengus Press Prize. 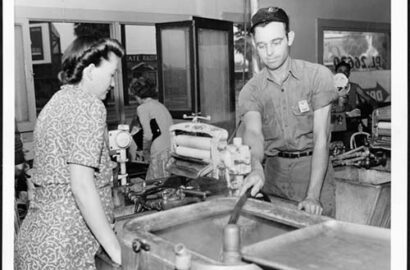 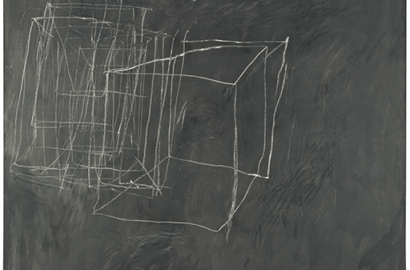