Towards a Theory of Perception

I’m the kind of guy who sets his standards
based on the standards of others.
There’s a theory to that. Much like
there’s a theory of perception
that states if you’re the type to live life
predominantly gripping things
with your right hand and your right hand
only, you’ll find, upon reflection, a life
lived grasping only half the picture.
Hence, why I brush each tooth in my mouth
with the left whenever I remember
break the routine, Andrew. A morning mantra
meant to begin the day in a brand new light.
Of course, light is only half of it too. Which is why
I end most nights standing in the living room
to remind myself how darkness is natural to the world.
How its presence subdues everything in place;
the walls and coffee table softening in the dark.
All form becoming formless in shadow. This is a property
of stillness. In it, all things become heavy—flattened
by the absence of sound. O how we love our sounds.

The First Writer in My Family

Some claimed dementia, and others imagination, but all conceded that my great grandfather’s aberrations toward the end of his life only matched his threadbare sweaters and tattered caps. If you were inclined to spectacle, then shadowing Jimmy, as he was known, would have been a good course of action. With preternatural fashion, my great grandfather changed upon crossing the threshold of particular rooms. As Monsieur Lucas, he riveted cafes with his rambunctious and explosive displays—Qui qui Excusez moi! Monsieur Anotha’ sandweech  s’il vous plait! Or as Hanz, a drunk Austrian, who frequented the bars in constant search of his friend—Fernando Gonzales. Have you seen him? My good friend Fernando? A suspicious man, he would hang copies of his manuscripts over balconies, exposing the pages to the thrashing of wind. Some considered him a genius, but his granddaughter never understood why he was held in such esteem by anyone. His granddaughter, my mother, hated him, she would explain shortly after his death. He’d spent most of his days in the closet, arguing with each jacket and coat the few months of the year he was ever home. At night—she said—all I remember him doing, in the dark, alone, was yelling into the mirror, angry and weeping.

Andrew Navarro lives in Southern California where he works as a history teacher. His work has appeared or is forthcoming in Kelp Journal, Cutthroat, a Journal of The Arts, The ICE Colony, Carve, and ZYZZYVA. 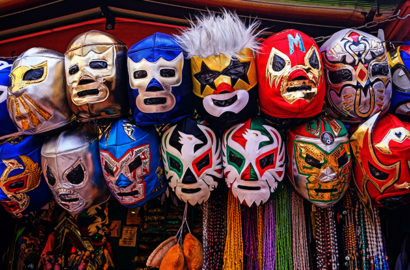 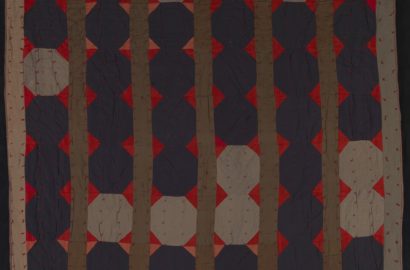