When my mother turned sixty-five, she asked me to teach her to drive. She called me from Montebello and I heard a man beside her, the most recent of her husbands, the one my oldest sister nicknamed Pawnshop because that was what he owned. My oldest sister nicknamed all the husbands after what they owned: Dimsum Restaurant, Dog, Dog, Snake, 1994 Subaru. When I first heard the name of the pawnshop, I realized I’d gone there years earlier with my mother’s jade donut necklace, which he turned away because it was fake. This is just glass, he said, holding it up for the light to swell, showing me the arteries of green dye. Bad glass, he’d clarified, though I didn’t know how glass could be good or bad, just broken or not.

I was the only one in my family who could drive, the only one who steered to another city and stayed. My sisters had husbands to ferry them, and my mother took the bus to the restaurant. She told me once, before I left, that a fortune teller in Yilan told her never to drive a car, because in her past life she’d run someone over, and the victim’s ghost would avenge themselves by hipping her vehicle off a cliff. There were so many cliffs in Yilan, she said, every road led to a coast. So I didn’t ever drive. Years later, my oldest sister said this was a lie, that my mother was lazy: she lacks ambition, my oldest sister told me, but I disagreed. I’d once seen my mother chase her second husband down the street, whipping him with a bouquet of scallions, all because he refused to water the tinfoil tray where she wanted to grow sweetpeas.

All the men, I said to my sister. The men she collected over the years, shining their teeth on her jeans before gluing them back again, wiping their asses and chins, stitching shut the crotches of their pants, clipping their toenails, tweezing out their fishbones. They always left her or died, and the garage was where she kept shrines to each of them, card tables full of shoelace sculptures and beer cans and model airplanes for the one who had been a retired pilot. Every loss is labor, I told my sister.

When I asked my mother why she wanted to drive now, she told me that she’d never seen the sea here. We live so close to the coast, she said, and I’ve never gone to see it. I asked why she didn’t ask her husband to take her, and she explained that he’d been shot in the hip by a mugger years ago and, since then, couldn’t sit for more than an hour before the bone re-fractured. Okay, I said, but even if I teach you, there’s a test you have to take for a real license. My mother said she didn’t need to take any test, she just needed to hold onto her hands. And because I had no other excuses, I drove three hours until I reached her, and all along the highway were those pumpjacks I remembered, like the beaks of one-legged birds pecking into the earth, ladling up oil, and I remembered the only time my mother took me somewhere alone.

We went to the La Brea Tar Pits on a voucher she’d cut from the Chinese newspaper, and we walked together through an exhibit with statues of animals draped in tar, their metallic faces mouthing my name. In one corner there was a film projected onto the wall. It showed CGI animals writhing and knotting, choking on veils of tar. There was a saber-toothed tiger that tried to wrestle its cub from the pits and got caramelized instead. There was a bronzed sign that said most of the saber tooth tigers’ skeletons showed broken spines, most likely a result of wrestling with the tar in attempts to escape. It gave me nightmares for weeks, and my mother laughed at me, saying that it was all just a movie, that those animals would be long dead anyway, and there was no way to save what was stupid enough to follow its young. But I kept crying, imagining my mother fossilized in tar, her spine severed, her jaw clasped to my neck, and finally she had to tell me that it was all fiction: the tar pits weren’t real. They were swamps of black sesame paste, and the animals were acting out a script that said swallow. I didn’t believe her, and years later I still hesitate before stepping onto a hot street, afraid I’ll sink, that my mother will have to wade in after me and die trying to tug me out with her teeth.

I was the third daughter, the one she birthed in the bathroom and rinsed in the sink, snipping away the mucus around my mouth so I could breathe, the daughter who left her the quickest, who didn’t marry or love men, who used to pluck her white hairs for pennies that were never paid. I wondered who plucked out her white hairs now, if her husband did it, if his hands assigned her hair a price, if my mother pawned the silver in her strands. I wondered if she dyed it now, if she did it in the sink where she once washed me—and confessed later, when I was older and stole her wedding earrings and wedged out the crystals with my pinky nail—that she thought about tucking my body under the sheet of sink water and leaving me there to dissolve.

When I arrived at the house in Montebello, my mother was standing by the curb beside the loquat tree she’d grown from a bucket. The fruits battered each other like bells. Her husband was sitting cross-legged on a sheet of newspaper in the garage of shrines. Meditating, my mother said. She told me he’d been watching videos of men who could levitate by cultivating their qi. As she got into my passenger seat, I asked if she thought it was possible. Not for men, she said, laughing. Only women are capable of levitating, she went on: only women were capable of straying into the sky, loving their families only from above.

Really, I said, adjusting my rearview mirror. I didn’t know what to explain to her first, how to describe the gearshifts, how to translate the word reverse. Yes, my mother told me, clicking her seatbelt. I’ve levitated before. It only lasted a second. It was when your oldest sister was born. When I was giving birth to her, I felt my spine detach from my body. I looked down and realized I was floating. Your sister clunked out of me like an anchor and dragged me back down. If it wasn’t for the umbilical cord, I would have floated away. I would have seen you from the sky. If that were true, I told my mother, she wouldn’t have seen me at all, because I wouldn’t have been born.

Laughing, my mother turned toward me and said I was always logical, the only one in the family who could speak a straight line. But she didn’t talk after that, and I told her to look at my hands on the steering wheel, to memorize the way they were placed. My mother nodded, but I could see that she wasn’t looking at me, that she was stargazing at the constellations of birdshit on my windshield. Let me clean it for you, my mother said, but I told her to pay attention. We’re learning to drive right now, I said. We’re learning the different gears. My mother got out of the car, standing in front of it, leaning in to claw at the stains with her fingernails, the birdshit flaking into snow.

Stop, I said, you’ll never go anywhere if you don’t stay still for a second. My mother laughed, her head tilted back, and I saw that the roots of her hair were black. Maybe I don’t want to go anywhere, she said to me, though I reminded her about the sea. My mother shook her head and said the sea was the same anywhere, it was just water like everything else, and if she wanted to see something liquid, she could just take a piss. Fine, I told her, then I’ll drive you somewhere. I didn’t want her to uncloud my windshield. I didn’t want to see her so clearly, standing on the street in front of me, her dyed-black hair having forgotten my hands.

I drove us past the big-beaked pumpjacks, remembering when I was six and asked her if they were crows, forced to peck at the earth forever with their feet webbed in tar. No, she’d said then, not everything flies. When I stopped, we were at the tar pit museum, and the parking lot was marshed with asphalt, the surface flexing like a belly. The back wheels of my car kneeled into the blacktop, submerged in froth. My mother watched me in the rearview mirror, then got out of the car and walked to my door. Come out and hold my hand, she said, so I took it. I followed. She walked ahead of me, turning the asphalt solid where she stepped. Her hands tethered mine, leading me out of the pit I’d driven us into, and I wondered if all these years this was what I feared: not tar but touch, not sinking but floating away.

K-Ming Chang / 張欣明 is a Kundiman fellow, a Lambda Literary Award finalist, and a National Book Foundation 5 Under 35 honoree. Her debut novel "Bestiary" (One World/Random House, 2020) was longlisted for the Center for Fiction First Novel Prize and named a "New York Times Book Review" Editors' Choice. Her short story collection, "Resident Aliens," is forthcoming from One World. 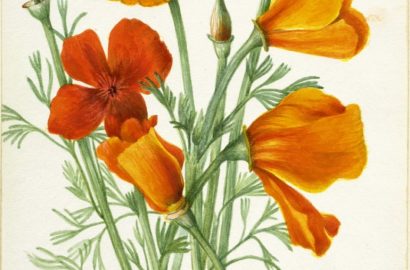 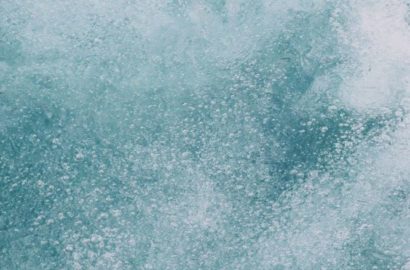