The day I went to pick up my papa’s ashes, I didn’t know what I was supposed to do. The box was surprisingly small, and when I touched it, the tips of my fingers pulsed as if with a live current. I put the ashes in the complimentary tote bag and held it to my stomach; I absorbed the weight of the mahogany-colored plastic box and felt it sit there like a heavy stone. After dropping it off with my dad, I stopped at a burger place near the house where I used to live. I ate as if the world was ending in five minutes. I wanted to throw up. I couldn’t understand why people were walking in slow motion, why there were no sounds coming from them, even when I could hear the birds. Everything smelled rotten. Everything looked like a desaturated photo.

The 1931 movie Frankenstein opens with Edward Van Sloan breaking the fourth wall to give a warning: that we may endure a fright so bad it may make us reconsider our continued presence in the theater. After the warning, we see Dr. Victor Frankenstein sneak around a wall in a cemetery with his assistant, Igor. They are preparing to uproot a body we have seen hanging, the corpse of a violent murderer. This is one of many bodies that will soon be used to assemble our monster. Dr. Frankenstein is described as a specialist in electrobiology, with an “insane ambition to create life.”

I feel a small kinship with the doctor. I am obsessed with bodies. I love the delicate, resilient, and incredibly complex structure that is the human form. Our bodies for all their wonder and durability can be incredibly fragile as well. We so easily bleed and scar. Our bodies are houses for physical sensation, while our brains are houses for emotions. The body tends to know things before the mind catches up, but it is the brain that ultimately controls the body, telling it what to feel, electricity dancing through our neural highways.

The day after my papa died, I was on autopilot, my brain quieting my emotions so my body could function. I picked up my dad and we went to the mortuary. My previous experience working for an estate attorney enabled me to subjugate my feelings and attend to the business of death. This was my first experience with it up close, but I didn’t want to fall apart. I wanted to be there for my dad.

My compartmentalization enabled me to function; it did not, however, enable me to feel.

I wonder often about grieving when watching Frankenstein. I see the soul as a patchwork blanket of the emotions that live in our bodies. When grief and anxiety overwhelm my system, I feel like several different bodies attempting to function as one. My legs can’t seem to walk in coordination with one another. My torso twists to one side, and then to the next. My right hand twitches while my left grips itself until my bones feel like they are about to break.

If many men can be taken apart and pieces of them stitched together in a mad experiment, brought back to life through the awe-inspiring intercession of lightning and science, can we also not stitch together pieces of our emotions, our soul, and make out of them something else? A new neural highway of emotions and thoughts.

While grief drips from my brain, down my spine, solidifying in my stomach, other emotions manifest differently. When I am hurt, a cord of tension shoots from the corners of my collarbone straight to the center of my chest. I think again and again of the Monster and the different emotions, the many people, from which he was constructed. Do we have the capacity to think of the weight of feelings in our bodies? The heart is described as “shattered” when we are bereft. Can we reclaim what was torn from us into separate pieces and make it function as a whole? Or do we adapt, move forward, find new ways? Do we end up monsters when we put ourselves back together to survive?

In the film, we see that the Monster has awakened when he walks into the room. His assembled body now works as one. His father rushes to greet him as he slowly shuffles forward. He looks up and reaches, ever so gently, for the sun. His hands are bent out at odd angles, a small indication of a body at odds with itself; he is holding his hands up toward light and warmth, a body trying to mend itself. He reaches toward his father; he looks at his own hands. His father backs away, inexplicably scared of his own creation. The Monster does not get the love he so visibly seeks.

The development of our emotional selves includes the process of change. Without the ability to change, we won’t survive our environments, our relationships, or ourselves.

Change is one of the scariest parts of life to me. After my papa died, I had to change.

I didn’t come over to my dad’s house for a long time after that.

The Monster is sedated and strapped to a table. Dr. Frankenstein’s mentor is examining him. The mentor looks away at the wrong time, and the Monster reaches up and kills him. He does what is in his control to do, even if he doesn’t know the consequences of his actions.

I stitched myself together once. I was fifteen and living with a friend because my home life had imploded. More than anything, I wanted control. One time, I was sitting in the backseat of a musty junker of a car, owned by my dealer’s friend. A package of fresh razors was passed around so we could share our recently acquired cocaine. A line or two went up my nose, and on the inside, I waited for the delicious sensation of elation. On the outside, I started to numb, first the face, then down my limbs. I did the only thing I knew to do when I needed to end numbness. I swiped the blade across my skin.

What I didn’t realize was just how sharp new razors are. My skin split open like paper; blood and fatty tissue spilled out. Holding it closed, I went home, and with the items from a first aid kit and a tool kit, I put myself together again. At that moment, I became Dr. Frankenstein, desperate to keep the life in my body. I also became the Monster, a piece of flesh reassembled for the sake of the creator’s obsession with life.

The villagers fear the Monster for more than his outward, scarred appearance. They don’t understand him, so they seek to hurt him, to destroy what they cannot know. They drive the Monster inside a windmill. He has kidnapped his father from his own wedding. The mob throws torches at the windmill, setting it on fire. In his fight or flight, the Monster stands at the top of the windmill. He throws his father into the night, and a laughably obvious dummy—a stand-in for the actor—hits a blade and tumbles to the ground. The Monster has shucked off his maker, although he survives, as we learn in the next scene.

This is the act that leads to the Monster’s demise.

I have a confession to make: I have read thousands of pages about the novel Frankenstein, but I’m afraid to read the actual words that Mary Wollstonecraft Shelley wrote. Fear is the emotional opposition to change. I grew to love the story of the Monster from the many film adaptations. I have a tattoo of him standing before the burning windmill. I have another tattoo of him on my back.

I hesitate to give something I love a chance to change, to change the love I carry for it in my body, because I am afraid that this might make me a monster. It doesn’t always. If I’m lucky, the stars align, and the permutation is something greater than it was before.

Ashley Perez writes and causes trouble in Los Angeles. She has a strong affinity for tattoos, otters, cat mystery books, and actual cats, but has mixed feelings about pants. She holds an MFA in Creative Writing from Antioch University Los Angeles. You can find her online at www.artscollide.com or on Twitter at @ArtsCollide.

Man of the House 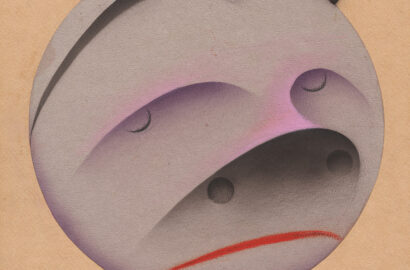 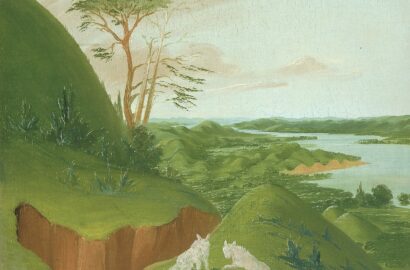