Billy, tell me I’m punk
enough that I could
puke in my mouth a little
because I once wore

not you who stayed
pinned on the right. At 15
desire sends a body down
a dark lane without a flashlight

so it blindly gropes or
gets groped. Let’s conjugate
this failure of tenderness, this
ignorance for touch. I knew

nothing except how need
sent me hurtling like
a self-driving car toward
what would break it. All I ever

wanted was my MTV
a boyfriend & your primal
Elvis thing, the bleached
incubus of it whispering

hard thrust & long stroke
in my ear until I could hear
blood beating in my head,
until I was feverish with

the sound of it all, so I
pinned a stupid boy to my
left breast as if he deserved
me. As if my virginity were

a dirty note to slip into
his back pocket, like he
could pay me for it with
bong hits then cross

his heart, hope to die &
lie about everything to
our faces. Mine a hot mess
of mascara & baby fat,

yours sneering from faded
denim where you surveyed
every mess I made yet
always deemed me worthy.

St. Anthony, who received from God the special power of restoring lost things, grant that I may find that which has been lost.

Grant that I may find my mojo, misplaced
in middle age and replaced with progressive
lenses and a penchant for Sunday crosswords.
How much mojo have you restored, and what
does it look like, and is it usually in the couch
cushions with the Apple TV remote? Tony,
how many millions of earrings have you
found since the beginning of Catholic time?
A theoretical glimmering mountain of baubles
that reaches your cloud? Is it knobby with pearls
and woven through with gold wires? You must
manage one helluva spreadsheet, patron saint
of relief, of signs for missing cats, of hopeless
pleading for new hymens. Have you any helpers
or does the nervous sweat bead unbidden on
your pate, and do you wipe it with the hem
of your brown robe? Do the voices clamor and
clamor like cathedral bells ringing in your ears?
Tony, do you cry when you can’t find a boy
because he already sits by your side, and the boy’s
mother keeps you up all night with her begging,
but you are powerless to return anything besides
ashen flesh? Do you search in such instances
for your own mojo, convinced you’re better off
restoring heirloom brooches and fountain pens,
better at bringing a corgi back from his wandering?
Would you like to switch jobs with Francis
and frolic for once with the lambs instead of just
sending the lost ones home? On the news I saw
you bring a body back from Nam and saw how
you reunited birth mother with daughter. We’re
always losing, Tony. St. Anthony, who received
from God the special power of restoring lost
things, where are all the socks, lighters, and wallets,
the hair ties, lip balms, and iPhones? Do you
keep collections to count in heaven, some calm
in the careful numeration of unclaimed car keys?

Ode to My Eleven-Year-Old’s Shadow of a Mustache

Said to predict how long
the howl of winter, I find
the wooly bear caterpillar

I want to touch. Meanwhile,
October’s wind closing in
like walls squeezing summer

into commemoration, small
enough to fit in my pocket.
I don’t see how its pelt and

how it sprouts let me know
what to weather; only that
I will it through to the season

remnants of green grass,
as if I had any power to hold
back what time takes forward

Now that I have your attention, consider,
instead, the tomato, so much like the texture
of a pussy if you’ve ever had the privilege
to tongue one. The gravid weight of it, bright
yellow or streaked through with rays of marmalade,
she sends her squad to the farmers market to weigh
each heirloom for worthiness, each cupped
and hummed over in the palm of an assistant’s
hand. Consider the hard flesh of the lesser
specimen, how it is gassed pink with ethylene
and stacked in the corner of the dollar store
or fed to kids collecting at the border the way
sorters weed out the unsightliest of fruit.
Consider the jade mines of Myanmar,
the extraction of ore by men seldom spoken for—
pickaxes tink tink against a hill that sometimes
rolls its invaders under in an industry that makes
unearthers into insects and makes you wonder
whether, when another anthill falls, if any ants
can be saved. Consider the slow process
of refinement, from earth to calloused hand
to cart to plant to polisher to warehouse
to privileged twat gently squeezing the smooth
Nephrite egg to her pelvic floor. Consider
Plato’s Allegory of the Cave, and the cave smells
of expensive candles. Consider Gwyneth Paltrow’s
pussy. We goad each other to delve its darkness
like kids high on triple-dog dares. Bring a flashlight
and spelunk the cave ringing with drips from
stalactites to puddled ground. Can you hear how
any echoing tweaks the bats’ frequencies, and they
stir the darkness sucked up to the ceiling? Rumor
has it that when you make it in far enough, you can
find the skeletons of those who lost their way,
their bones rattled by mysterious breezes
entirely unrelated to the winds of change.

They Teased, If You Love Your Dog So Much, Why Don’t You Marry Him?

& so I did, in a small ceremony under a gazebo
by the water he ran into (new suit ruined)
& onto our reception heavy on meat, heavy
on his extended relations with their poor
decorum & crotch sniffing—so many things
we bear for love. You could say we were
in heat that night, the heat that night hot
with the breath of August & after spins
on the dance floor & so many bowls topped
with champagne, we all flopped to the floor
panting with joy

Sonia Greenfield is the author of two full-length collections of poetry, "Letdown" (White Pine Press, 2020) and "Boy with a Halo at the Farmer's Market" (Codhill Poetry Prize, 2015). 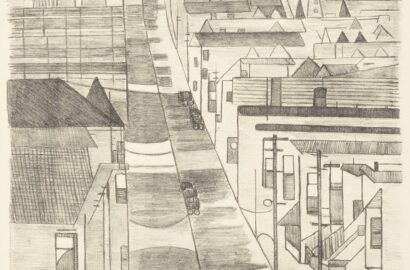 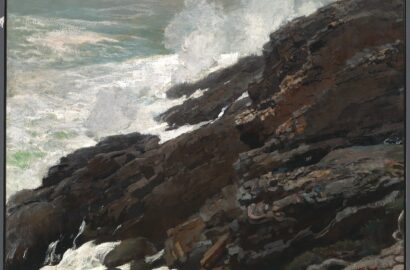