Wrap Your Troubles in Dreams: On the Works and Worlds of Shizu Saldamando

During some of the grimmest moments of the last year, I found myself looking for a sense of relief in Shizu Saldamando’s work. Born in San Francisco in 1978, Saldamando and her carefully drawn portraits of friends, objects, nights at shows, and other quotidian moments of a world from which we had been locked away offered a hopeful glimpse of the forms of intimacy to which I longed to return. Saldamando has always been especially adept at capturing the imperceptible moments that bring the building blocks of relationality into form. Her images recalled memories of people, of hangouts, of embraces that now seemed distant, replaced by the immediacy of phone, computer, and television screens. I perhaps returned to Saldamando’s drawings hoping to be hailed by her sense of observation, the gaze of someone whose loving generosity translates into drawings that portray a variety of intimate worlds.

The daughter of a Chicano father from Arizona and a Japanese mother whose family was interned in the Japanese American concentration camps during World War II, Saldamando moved to Los Angeles to complete her undergraduate art degree at UCLA and received an MFA from CalArts. Throughout her career, she has expanded the borders of her practice, which begins with the act of drawing and becomes suffused with experimentation. To find oneself before one of Saldamando’s drawings is to become enveloped in the worlds she depicts in part because of her constant play with her materials. She deploys pens, pencils, glitter, and other tools to bring her subjects into being, carefully choosing each in a kind of beautiful specificity. She also plays with the limits of surface, using paper, canvas, napkins, wood, and other materials. Yet the formal inventiveness of her drawings never brings attention to itself. This is because Saldamando cedes these surfaces to the people and objects she depicts, more interested in letting us perceive the details of how someone holds a cigarette, or another person, in a specific moment than in imposing upon us an admiration of her formidable skills.

Some of Saldamando’s most striking pieces belong to her Embrace series. Using a ballpoint pen to draw on bed sheets, she depicts in this series various moments of intimate embrace across spatial and temporal contexts. During the last year, these works have gained even more meaning, as many of us have found refuge from the chaos outside in the sanctuary of our sheets. As we grew bound to our bedrooms and our contact with the rest of the world became limited to short outings, time and space were defined as that which happened between getting up and returning to bed. Sometimes the getting up was hard because there seemed to be not much to get up for.

But even in the darkest days of the pandemic, I would be reminded of the Embrace series and the new sense of intimacy this work now had. As the distinctions between idleness, depression, and boredom collapsed, I would try to escape by daydreaming. I like to think that the Embrace series helped me…well…embrace idleness and retreat into memories in order to sustain some hope that the world could suddenly return. Idleness points us toward non-productivity, the feeling of not wanting to do anything, but also toward the possibility of daydreaming as a way to pass the moment without falling into despair. And although Saldamando’s work is certainly prodigious technically, drawing and doodling are two of the most common activities of idleness, strategies for retreating into the self in a public space, or finding a moment that seeks nothing but itself. As we became stuck to our sheets, I looked at these images in order to sketch my own memories of embraces and hangouts, to remind myself how lucky I had been to experience them, how lucky I would be to return to them eventually.

I read the Embrace Series as an invitation to wallow in idleness as a creative endeavor. Embrace Series, Morrissey Night, Underground LA (2009) uses a flower-patterned sheet. Drawn over it are two figures, a lesbian couple perhaps. A long-haired femme looks at her nails, holding a butch lover in embrace. Her forearm has Morrissey’s name tattooed. We are not sure if the butch partner is staring off into the distance or is perhaps about to whisper something, but in the embrace and the pattern of the sheets, the two figures become united, their bodies grafted onto the background, the flowers becoming their own shared tattoos as both are engulfed into the pattern and arise out of it.

The embrace need not be only between lovers; it can have to do with our displaced memories also, always in the process of becoming, a faint line that recalls the many nights that have come before. Saldamando never gives us the names of the couples in embrace, but only where they were. This serves in some ways to reflect the intimacy of the embrace, maintaining our exteriority to it, while at the same time inviting our participation via engaging with the space. Embrace Series, Ripples, Long Beach (2009) shows two Latino gay boys embracing at a Long Beach club. There is no context for the embrace; it could be on the dance floor, a broken stumble, the midst of a kiss. The rose patterns again mark the subjects’ bodies, breaking the separation between drawing and canvas. These sheets recall for their viewers a queer appeal to memory, and although these memories may be minor, they still sustain us even as the world may fall apart.

I wonder what the world will feel like when we are done returning. What will it feel like to look forward to returning to bed instead of dreading its inevitability? My attempts to interact with others through screens inevitably ended in exhaustion. But in my daydreams, the world yet to come resembles one of Saldamando’s drawings. If one of the greatest gifts that the aesthetic has to offer is the ability to show us how to bring attention to the world in order to perceive it differently, then the refuge I have sought in Saldamando’s work and worlds has prepared me to welcome a new reality, always coming into form.

Shizu Saldamando is an LA based mixed media artist with an emphasis on portraiture. She received her B.A. from UCLA’s School of Arts and Architecture and her M.F.A. from California Institute of the Arts.

Iván A. Ramos is assistant professor in the Department of Theater Arts and Performance Studies at Brown University. He was previously faculty in the Harriet Tubman Department of Women, Gender, and Sexuality Studies at the University of Maryland and received his Ph.D. in Performance Studies with a Designated Emphasis in Women, Gender, and Sexuality Studies from UC Berkeley. His forthcoming book "Sonic Negations: Unbelonging Subjects, Inauthentic Objects, and Sound between Mexico and the United States" (NYU Press) examines how Mexican and U.S. Latino/a artists and populations utilized sound to articulate negation in the wake of NAFTA. 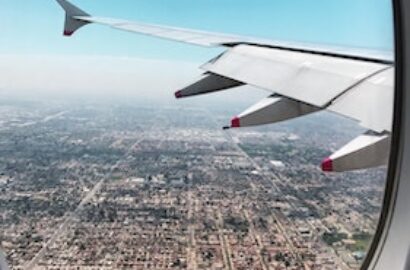 “Doing the Work,” “Nice While it Lasted,” “The Best Time to Plant a Tree was Twenty Years Ago,” “Sonnet” 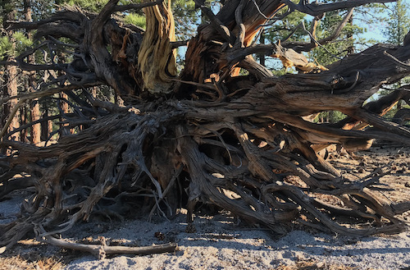