When America goes to the polls this year, it will not in any way resemble the past. We will not go to neighborhood churches and schools and halls to line up with our family and friends and neighbors and strangers, to wait patiently for our chance to bend and concentrate on a paper ballot or squint at the choices on an electronic voting machine.

Instead, we will probably be marking ballots at a kitchen table or on a living room couch, or if we do attempt to find a polling place, the current administration will make it difficult to scale the walls of disinformation, fear, and the terrible response to the coronavirus that has pushed America to the edge. Will we be partly recovered by November? Does it matter to the president? His campaign slogans generally run to three words. There is no one to Lock Her Up. He did not Drain The Swamp. But he still breaks out his favorite three words: Build The Wall. Given the myriad economic and environmental disasters of 2020, many Americans have lost sight of the Wall and its bitter toll, the countless migrant children and parents marooned and imprisoned at the border, sent back to Mexico and Central America, or waiting in dangerous areas to see what this nation chooses to do.

California can offer lessons of history to the rest of America—histories many of us know because we grew up not far from the border. Our lives in southern California are intrinsically entwined with Mexico, and with the past. This fall, two friends are running for office in Riverside County elections—Darlene Trujillo Elliot and her cousin Nancy Melendez, descendants of Antonio Trujillo, who with his brothers and sons came to Rancho San Bernardino in 1843 to guard cattle and horses from American thieves. The Trujillos were indigenous Apache people, kidnapped by Spanish colonizers, in Abiquiu, New Mexico, back when the border between America and Mexico shifted at will. Darlene and Nancy and I went to high school together. This is history. No wall can alter it.

My brother was for twelve years the caretaker of a citrus grove here in southern California, only an hour or so from the border. This was in the 1990s, until 2001. He irrigated and pruned and harvested grapefruit and orange trees, the small acreage surrounded by miles of large properties growing citrus since the 1800s. On Fridays, he often brought me bags of Oro Blanco grapefruit or Valencia oranges, and just as often, trembling with anger, told me that La Migra had come again on payday. He spent time with the laborers who were hired to work in adjacent groves, who were picked up on street corners on Monday, who harvested fruit into the night by truck headlights, filling canvas bags, and who on Friday at noon had to run when the green vans showed up. Some foremen would call immigration enforcement to avoid paying the workers, who were deported; on Monday, they would again find men who got into their trucks.

Everyone but the most recent arrivals knew this was how the world worked. Now, with COVID having decimated the lives of agricultural workers, employers and employees both are desperate. How does this administration ignore reality, constantly proclaiming the success of a few miles of new border wall? Without considering the history of our border, without being honest about how immigrants from Mexico and Central America have been convenient targets in the same way people attack those closest to them when they feel wronged by someone else with power, the president and his allies ignore that American corporations, American health care industries, and American greed made people with brown skin into easy fodder for campaigns.

Here, we grew up with children of braceros. From World War II until 1964, this nation recruited men from Mexico to work the fields in California, Texas, Utah, and Arizona. (By the 1990s, some of those elderly men, who’d been sent back, were still trying to get their paychecks.) I had friends with one brother born in Calexico and another in Mexicali, who lived at times in Tijuana and at times in California. We crossed the border endlessly. Between 1979 and 1984, I crossed with Mexican-American women who organized caravans to bring beans, rice, oranges, clothes, shoes, and medicine to colonias outside Tijuana built on massive dumps, where hundreds of people scavenged each day for glass, metals, cardboard, and food. To discourage this, Mexican officials lit the refuse on fire, and when the flames burned down to smolder, I saw people wrap rags around their shoes and walk on the smoking trash.

Back then, we drove past the infamous Soccer Field, a swath devoid of trees, plants, or stones, where the earth had been made fine dust by those gathered every night to wait for dark so they could climb the fence and run through gullies and trails toward San Diego. Border Patrol had Jeeps, but migrants had numbers. Along the fence, vendors sold boiled corn, tacos, water to fuel the hopeful.

These are some headlines from my local newspaper, the Riverside Press-Enterprise, during that time: 1977 — June 11: “State won’t check papers for ‘illegal aliens’ because it slows work referrals, according to a California official.” September 14: “Assembly kills measure requiring schools to report illegal alien children.” October 25: “Klan begins border patrol from Brownsville, Texas to Pacific Coast.”

In 1982, after Mexico defaulted on its national debt, inflation soared, unemployment rose, and the peso was devalued. Mexicans came here because Americans hired them. By October 1986, another “landmark immigration bill” was proposed by the federal government. It offered amnesty, prohibiting companies from hiring undocumented immigrants, while offering legal status to “several million already in the U.S.” The bill passed in November, signed by President Reagan.

In 1994, President Clinton began Operation Gatekeeper along the five westernmost miles of the border, from the San Ysidro checkpoint, directly opposite the Soccer Field, to the Pacific Ocean. Immigrants began to cross in the eastern deserts near Tecate and Imperial County, where many died of dehydration. Phase Two, launched in October 1995, established the first Immigration Court at San Ysidro’s Port of Entry. The court expedited hearings and subsequent deportations of people apprehended with false documents or false representation; it also introduced IDENT, a computerized system to single out repeat offenders and non-U.S. citizens with criminal records or active warrants.

Operation Gatekeeper fundamentally changed how immigrants lived. Previously, many people went home every year for their village fiestas. They honored their patron saints, made donations for schools, worked on their homes, and then returned to the United States. But by 1997, when I spent three weeks in Oaxaca, entire villages were empty. People who used to make the long drive in shared trucks never came home—only wired money. In a village where the nearest phone was seven kilometers away, I met one old woman and one old man, and the huge turkey that hung caged in their dirt courtyard. They were the loneliest people I’d ever seen. Everyone from their village had gone to El Norte for work, and because of Operation Gatekeeper, could not return. The elders waited for letters from their family in California. They had no phone.

After Gatekeeper, men brought wives and children back with them, because they might never be able to cross again. This was the most important alteration—the one America has conveniently ignored. Many Mexican communities have effectively recreated their villages here, because of America’s insistence on using their labor for agriculture, housing, cleaning, and child care.

For forty years, I’ve spent time writing in the terrible crossing places of the Mojave Desert near the All-American Canal, where thousands have died of dehydration or drowning; in the evenings, I’ve seen migrant workers sleeping in truck beds and on cardboard mats in vacant lots, whole families curled together on the asphalt. In 2020, Imperial County, just at the border, and Riverside County, containing Coachella and Thermal, Oasis and Mecca—places where 99% of the population is Spanish-speaking Latino—are among the hardest hit by COVID in the United States. This summer, the Central Valley communities where migrant laborers and longtime residents pick grapes, apples, almonds and pistachios, strawberries and kale have been decimated by the virus.

Who will labor into the night by truck headlights to feed America, and how will America try to resist paying them? Whether you are a human who lives in a New York tower, in a Washington, D.C. townhouse, a small stucco bungalow, or a single-wide trailer, whether your hands smell of expensive lotion or the black rime of citrus, your hair of roofing tar or stylist’s gel—daily life consists of the stories you are telling other people.

What stories will Americans tell themselves of the Wall, of real life, of hatred and ignorance this fall?

Susan Straight is the author, most recently, of the memoir "In the Country of Women" (Catapult), which was released in paperback in August. Her new novel, "Mecca", is forthcoming in 2021.

No Room of One’s Own 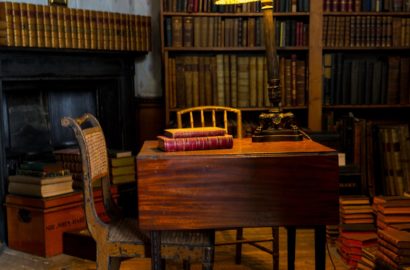 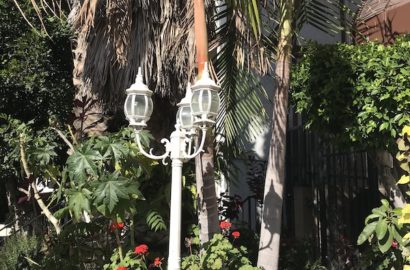