The Big One still has not hit California. It’s the earthquake we’re all waiting for. It’ll be at least an 8.0 on the Richter scale. I wish it was chisme, but I can tell you we believe it. Some say it’ll be so strong that we’ll fall into the ocean. But it hasn’t happened.

Sometimes, I catch myself wondering if that roll I felt under my feet is the beginning of the end. I look up from my computer and notice how my fear nearly wishes the Big One into life. I go back to writing, that other job that doesn’t end. I hope the Big One is a lie—a way to scare ourselves into being ready for the worst. Maybe the worst has already happened. I can’t tell you what that is yet.

The Earth cracks. Windows rattle and dishes crash on the floor. Amá, two little brothers, and I hide under our kitchen table. The dark green linoleum rumbles so hard Amá holds the table legs so it won’t move away. I picture tall sheets of glass falling at the company where Dad works as he and his coworkers run for cover. If I keep my hands on the floor, I’ll be ready for the aftershocks. They won’t surprise me. I promise God that if we live through this, I’ll be good and obey Amá no matter what.

Amá’s best friend knows everything. Doña Marta says Nostradamus predicted that we’d have the Big One any day now. After we clean up broken dishes and Dad calls to say he is okay, we walk to her house a block away so we won’t be alone.

“No te preocupes,” Doña Marta says. She sees my crumpled face because I’m going to cry like a baby. “We’ll be ready. California won’t sink into the ocean.”

The ocean? That makes my panza twist. The earthquake won’t be the worst part. Our town is so crowded; everyone’s tiny houses and little yards are right next to each other, so many beds shoved into one bedroom, two bunk beds and a queen. I can see the end: us standing on our wobbly house, my brothers and Amá, Dad at work, and me watching the ocean swallow the other houses, the water inching closer.

For two weeks after the Whittier Narrows earthquake, I sit at the living room window and listen. Doña Marta says there is a sound, a zumbido outside, when an earthquake is coming. I hear it. I ignore the noise cars make on the freeway nearby. The zumbido buzzes like a big light bulb someone forgot to turn off. I wonder when we’ll be crushed. Doña Marta didn’t say. I bite my nails and sit on the red plastic couch and watch TV. I can’t lean out the window because then I’d be leaning into the alley.

“Get away from there and close the window,” says Amá. “You’re going to get sick.” Dad eats dinner with her at the kitchen table.

“And close the curtain so the dust won’t come in,” he says.

No more listening. I’ll just have to wait.

I hate riding this dumb bike that doesn’t work.

“Nomás súbete,” Dad says, kind of sounding mad. “Get back on the bike. I’ll push you.”

He took off the training wheels and I’m supposed to ride alone. I jump on and fall again.

“Bullshit.” He’s holding my yellow BMX by the seat so I can get on. “Fine,” I say, but inside I think he’s stupid. I get on. We go in circles around the cement yard before the neighbors come home and park their cars. I steer around oil puddles. Dad lets go and watches.

It’s only happened once.

My college counselor congratulates me that day for getting into Brown. When I poke my head between the chain-linked fences that protect our house from bad guys, Amá is out front. I can barely see because the sugar cane is so tall. She and Doña Marta are talking. Amá is wearing a dress she made, a blue paisley muumuu with straps. She is showing Marta something on her upper arm.

“Aquí me pegó el maldito viejo,” she spits. A ripe plum glows on her shoulder. I grip my red backpack. “And then he shoved me on the bed, and then he told me I was his wife, and then …” And then, and then, and then. I still can’t repeat what she said because the ground will devour me. I offer the words into the ground instead.

“I hit him back,” she continues. I don’t speak. Maybe Doña Marta puts down her glass of aguardiente and hugs me. Maybe I cry. Maybe I stand there like a good girl, eating the stories. One more about how he tried to kill her on the freeway. Once. My brothers might be on the floor of the living room watching the Ninja Turtles. The youngest is nine, the next youngest thirteen. Maybe they aren’t home. I don’t know if they remember. The next youngest probably does. He cares for them now that they’re seventy-three and still together.

“He just wants you to listen.” My next youngest brother says this when I complain about Dad’s endless cuentos about boxers and world events. When I complain about their bickering, he says, “Things aren’t that bad anymore. Not like it used to be.” I choke at what I missed when I left for college. I wonder what my brother is afraid of.

He stuffs those earthquakes in his heart.

I fill out temporary restraining orders at the Pomona Courthouse; it’s my job after college. I am so good it takes me less than fifteen minutes per person. When Dad punched Amá, she said she was going to leave him.

“He’ll be sorry,” she said. She didn’t ask me for help. A neighbor’s daughter filled out a TRO. At work, I see women return for more orders. I live at home and one night I ask Amá why she didn’t leave. A cheater, cheapskate, and grocero who called her vieja pendeja like it was her name.

“Where was I going to go with three kids, without a job or money?”

I have no answer. I don’t have one for clients either. I fill out TROs in perfect English and hope for the best. I don’t worry about earthquakes at work. I worry about men who threaten to shoot us if we help their wives.

Visiting family in Hidalgo, I ask too many questions. Grandpa Juan died from diabetes complications in 1977. His toe got infected and gangrene took his foot and leg. But in 1969, he was so strong he tamed wild horses. This is the year we discuss.

At the kitchen table, I ask my tias and my mom, “Was Grandpa ever angry?” My brothers watch TV with our cousins. Movie guns go off in the next room.

“He was canijo,” says my godmother. “Marina, remember how he dragged Mom across the kitchen floor by her braids?”

They won’t say why he was mad and Amá doesn’t know; she was in Los Angeles when it happened.

“It was a terrible time,” says Tía Marina. “I don’t want to remember.” She gets up to warm milk on the stove. Amá folds a napkin into a fan.

“But he was a good man, mija,” says Amá. “He loved us the best he could.” My godmother looks at the ceiling and wipes her eyes. From the stove, Marina says, “It only happened a couple of times. He wasn’t an abuser.” The milk foams over. Marina brings the nata she’s skimmed from the milk to spread over our toasted bolillos. My younger brother walks in.

“What are you talking about in here? You look sad.” He rubs Amá’s shoulders and gets no answer.

Tinkering near his shitty Toyota, Dad tells me about Las Lajas, “the jewels,” the bare farm he grew up on. The hills were anything but rich. He twists his mustache at the ends. He looks at his tools and occasionally at me.

“My grandparents raised me.” Humble people with down-turned mouths who must have loved him, though I’ve only seen them in photographs. At fifteen, Dad went to Tecate to stay with them and his grandmother’s new beau. One night, the boyfriend slapped her.

“He was pedo,” Dad says. That’s what happens, he shrugs. Dad jumped on him so fast, that cabrón didn’t see it coming. The boyfriend never returned. Dad left soon after.

“He learned his lesson.” This makes me want to learn how to fight.

When I leave my parents’ house, Amá blesses me, says, “Watch out.” Look out for viejos and crazies. When I walk alone, I put on my “don’t fuck with me” face. If I’m getting in a car, Dad wants me to look around and inside, listen for footsteps. Trucha.

In self-defense classes, I’m encouraged to “be aware.” What these warnings mean is that there’s a rapist in the car, on the way to school, on the way home, everywhere. Statistically, people are more likely to be raped by someone they know, not some ghoul around the corner. It’s like waiting for the Big One: it’s coming—I just don’t know when.

If I forget to be afraid, the Big One will hit without me. What breaks my heart is that it hit my family years ago. For all that worry, I wasn’t even home.

I need a car to get to my friend’s wedding. Staying with my family in southeast Los Angeles, there’s no life without a car. I ask Dad to borrow his rickety minivan. He just sucks his teeth.

“I don’t know, Chata. It’s not working too well.” He walks out of the house. I should’ve rented a car.

At six o’clock, I tell him.

I humor him. He pushes a few buttons and says this is the ignition. I repeat what he does. I can only change gears if I step on the brake. Isn’t that the way it is for all cars? I don’t make sense of it. Trying to find logic in Dad’s movidas has never helped me. He shows me how to turn on the lights. He wants to make sure I get home safe.

He nods and, though he doesn’t smile, I know he’s pleased.

He lets me go.

Vickie Vértiz is a native Angelena and the oldest child of an immigrant Mexican family. Her poetry and essays have appeared in the New York Times Magazine, the Los Angeles Review of Books, KCET Departures, and the San Francisco Chronicle. Her book "Palm Frond with Its Throat Cut" (University of Arizona Press) won the 2018 PEN America Literary Prize in poetry. A VONA, Macondo, and CantoMundo Fellow, she teaches at UC Santa Barbara. 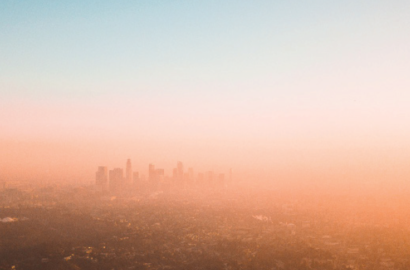 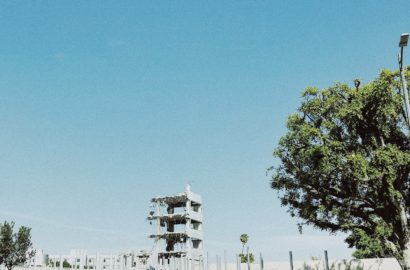